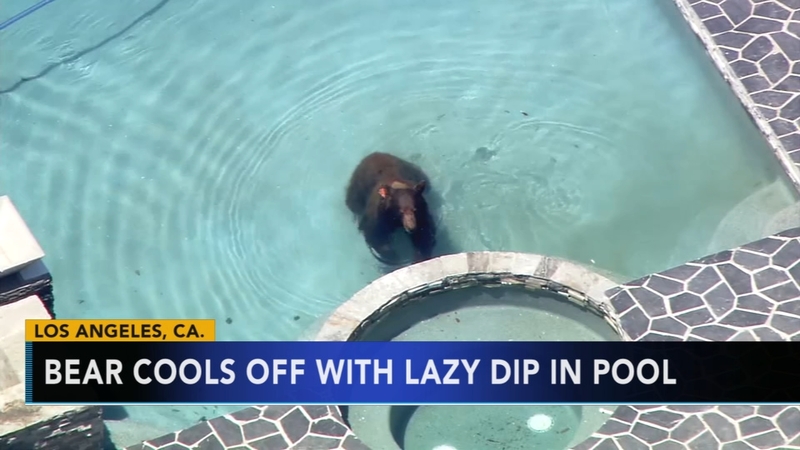 Bear cools off with dip in pool

LOS ANGELES -- A large bear was hit with a tranquilizer dart after spending a few hours roaming a Los Angeles neighborhood and taking a dip in a backyard pool.

Police warned residents to stay indoors after the bear was spotted Tuesday in Granada Hills, along the foothills of the Santa Susana Mountains.

The bear cooled off in a pool for several minutes, then climbed a wall and explored suburban backyards in the San Fernando Valley.

The bear dozed off after being hit with a tranquilizer dart by an animal control officer.

Bears captured in neighborhoods are typically relocated back into wilderness areas.