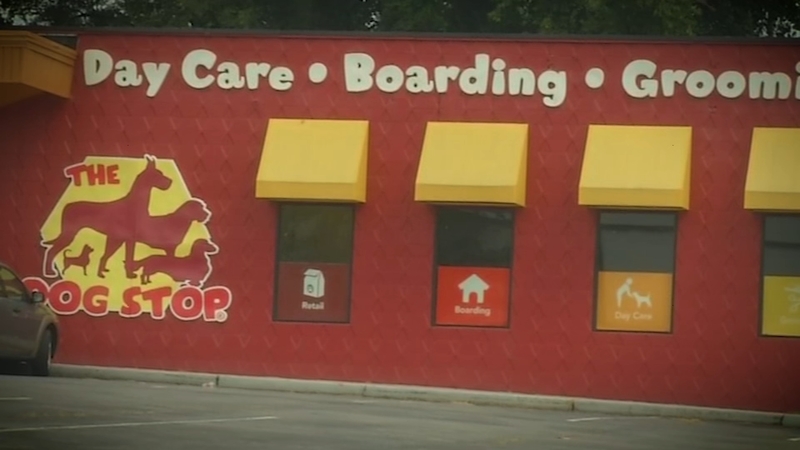 The Horn family says The Dog Stop in Wilmington failed to administer anti-seizure medication during a two-night stay at the dog boarding facility.

Their 7-year-old dog, Lexi, died shortly after the Horns picked her up.

Betty Horn tells Action News, "We were never notified that the dog did not or would not or could not take the pills."

" The entire Dog Stop management and staff is heartbroken. We have taken full responsibility for this, and the family is being compensated by our insurance company. This is the first claim we've had since we opened 4 years ago."

The Wilmington franchise also said it dismissed some staff and retrained others.

That's little solace to the Horns.

"She's a member of the family. We love her and we can't replace her.

She says she dropped off her vibrant energetic German Shepherd mix at the same Dog Stop during the Thanksgiving holiday in 2016.

Three days later, she says she picked up a much different dog. She says, " It was devastating. She's not responding. Her eyes were glazed over."

Ginger collapsed in the lobby. Wysocki rushed her to an animal hospital.

Ginger had to be euthanized due to dog bloat, a condition where a dog's stomach twists.

She says her veterinarian delivered a disturbing diagnosis.

"He said I can tell you right now, that dog went without water for a very long time."

Wysocki says the veterinarian told her Ginger was dying from the inside.

But the cause and symptoms of dog bloat are not always clear.

Still, Wysocki wanted answers. But she says Steve Strojny, who owns the franchise with his father, provided few, and she was unable to get him to pay her more than 6k in medical care.

"I never had a conversation on any level, phone or in person with Steve the owner. "

The CEO of The Dog Stop Company, Jessie Coslov, tells Action News the company is ending its franchise agreement with the Wilmington location.

The Strojnys declined our request for an on-camera interview, but father and son deny wrongdoing in the dog bloat case.

On Friday, The Wilmington Dog Stop took down all of its signage. It's now called the Delaware Dog Company.

Action News has learned in Delaware, dog boarding facilities are only required to have a business license, meaning they're not subject to any oversight or inspections like neighboring states New Jersey and Pennsylvania.
Report a correction or typo
Related topics:
pets & animalsdogdel. news
Copyright © 2021 WPVI-TV. All Rights Reserved.
More Videos
From CNN Newsource affiliates
TOP STORIES