Limerick Township police investigating after dog vanishes while with trainer 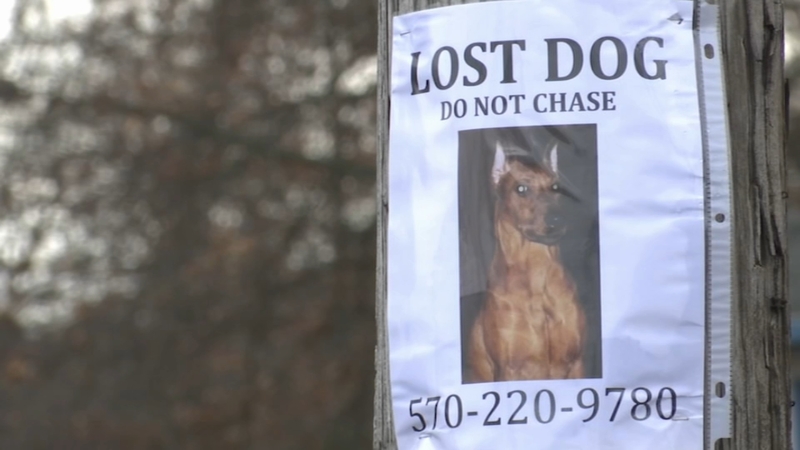 Limerick Township police investigating after dog vanishes while with trainer

LIMERICK, Pennsylvania (WPVI) -- A Montgomery County woman is desperate for answers about what happened to her dog, Pistol.

Breanna Pelleschi says she brought Pistol to Mannerly Canine, a training facility in Limerick, Pennsylvania on November 3, 2019, and never saw him again.

"My dog is my world. He has been there through so much with me," said Pelleschi.

Pelleschi says her dog was having behavioral issues, which is why she brought him to the training facility. She says she dropped him off on November 3 and the training was supposed to last a month, but the trainer and owner of the facility, Shawn Reed, requested more time because Pistol wasn't improving. Then, a few weeks turned into two months.

"He continued to push it off further and further. Oh, it's supposed to rain. Oh, I can't do these days," she explained.

Pelleschi says she was finally given the OK to pick up her dog on January 23 after three months of not seeing her dog.

An attorney for Shawn Reed, the owner Mannerly Canine, says on the pickup day, his client had put Pistol in an outdoor pen and Reed had gone inside to shower. When he came back out, the dog was gone. He continued to say it was all an accident, and Reed has "trained a thousand dogs in his career and has never had an issue."

Limerick Township police called the circumstances of the disappearance strange and say they're investigating.

Reed's attorney says he refunded the $2,700 training fee, but Pelleschi says it's not about the money.

"I want him back. If somebody has him, he's my dog. He means so much to me," said Pelleschi.