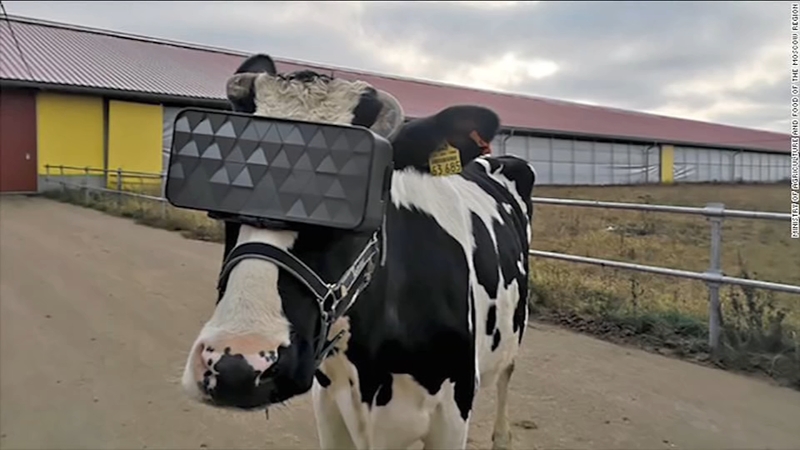 RUSSIA -- Russia is trying something that some may say is "udderly" ridiculous.

Farmers in the country are incorporating virtual reality into dairy production.

A farm just outside of Moscow is testing virtual reality glasses for its cows.

They're doing so in an effort to increase the quantity and quality of their milk, according to a news release from the Ministry of Agriculture of the Moscow region.

The ministry says studies have shown that cows' environmental conditions can impact the milk they produce.

A team of developers, with the help of veterinarians and consultants for dairy production, adapted the human versions of virtual reality glasses to fit the cows.

Through these glasses, the cows see an expansive field beneath the summer sun.

So, in other words, cow paradise.

However, it's unclear if the glasses have helped milk production.