A woman is hoping someone will be held accountable for what she believes is evidence of repeated cases of animal abuse.
KFSN
By Christina Lopez
DINUBA, California -- The mystery begins on a stretch of road in Tulare County, California where Michelle Pattillo made a gruesome discovery.

"Unfortunately, I knew exactly what I was going to find, I just didn't know if it was going to be too late or not," Pattillo said.

The discovery did come too late.

"I have found, unfortunately, two puppies approximately eight weeks old on the side of the road tied up in gigantic dog food bags," Pattillo said.

Pattillo took a photo of the first bag she discovered on June 19. KFSN has decided to blur the image inside the bag due to its graphic nature.

Soon after making her initial discovery, Pattillo took the deceased dog back to a family friend's home with a larger lot to give the animal a proper burial.

"There's so many services in this area, low-cost, that that is so unavoidable," she said.

The following Tuesday, Pattillo discovered a second bag, again with the same animal remains inside.

And just this past week, a third bag was discovered. This one left torn and emptied.

"It makes me really angry but then sad for the puppy because my feeling is that puppy was alive when they put it in that bag, or else why would they have tied it?" Patillo said.

"We tend to not jump directly to conclusions of cruelty or things like that because oftentimes what we find is once we find the owners of these animals, if we are able to, is simply a case of the puppy passed away from Parvo," said Cassie Heffington with Tulare County Animal Services (TCAS).

The TCAS explained Canine Parvovirus or Parvo, as it's more commonly known, is a highly contagious virus among puppies. If severe symptoms are left untreated, Parvo can cause death in dogs.

The TCAS said owners may not know how to properly dispose of their pets, especially if it died due to Parvo.

"The owner didn't how to dispose of it. They live in an apartment; they can't bury the animal and people then tend to take the animal out to the country and just put it on the side of the road," Heffington said.

Pattillo says that it is not acceptable.

Tulare County Animal Services said it is difficult to both track down pet owners and animal abusers unless there is nearby security surveillance or an identifying license plate number.
Report a correction or typo
Related topics:
pets & animalstulare countydinubaanimal abuseanimaldogtulare countyanimalsu.s. & worldpuppy
Copyright © 2020 KFSN-TV. All Rights Reserved.
ANIMALS 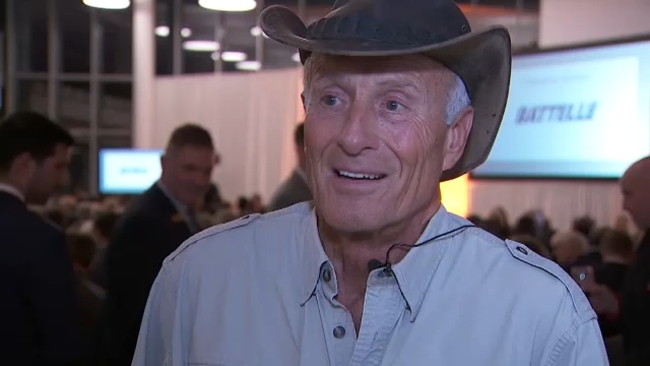 Jack Hanna will retire from Columbus Zoo after 40 years