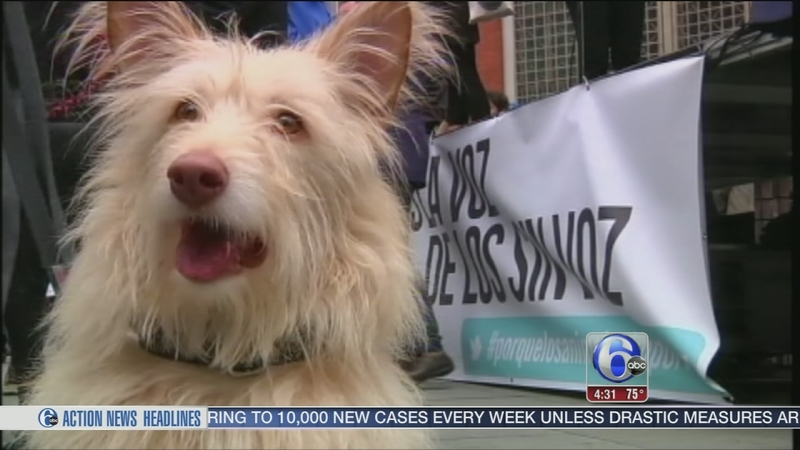 It's a tale of two situations. In Spain, a nurse's assistant gets Ebola and her dog is put down. But when a nurse in Texas gets Ebola, her dog is quarantined, fed, and taken care of.

This difference in treatment illustrates that we still have many questions about pets and Ebola.

Thousands of angry pet owners and activists took to the streets in Madrid when word got out that nurse's assistant Teresa Romero's dog Excalibur had been euthanized.

Health officials say they were concerned the dog could transmit the Ebola virus to humans.

Dr. Ronald Harty, Associate Professor of Microbiology at the University of Pennsylvania School of Veterinary Medicine, says that was likely an overreaction.

"There's no evidence of the dog transmitting the virus, either to another dog or another person," Harty said.

Dr. Harty has studied Ebola since 1998 and says there's no evidence dogs or cats can get sick themselves, so Spanish authorities could have safely taken a wait and see approach with Excalibur.

"There's no reason why the dog can't be observed and quarantined and tested for the virus," Harty said.

That's what Dallas authorities are doing with Bentley, when tests confirmed that his owner Nina Pham had Ebola.

Although there's been some research on Ebola and farm animals, there's nothing underway on pets.

Dr. Harty says there should be.

"Animals, in particularly the dogs that are prevalent in these outbreak regions, we really need to understand how they may play a role in the transmission cycle," Harty said.

Dr. Harty says pets also have an indirect effect on this outbreak.

If people fear their pets might be taken away, they may be less likely to report potential symptoms or exposure to Ebola.

The CDC is said to be coming up with guidelines on how to handle animals and Ebola.