Meet Goliath, the baby cow that acts like one of the dogs 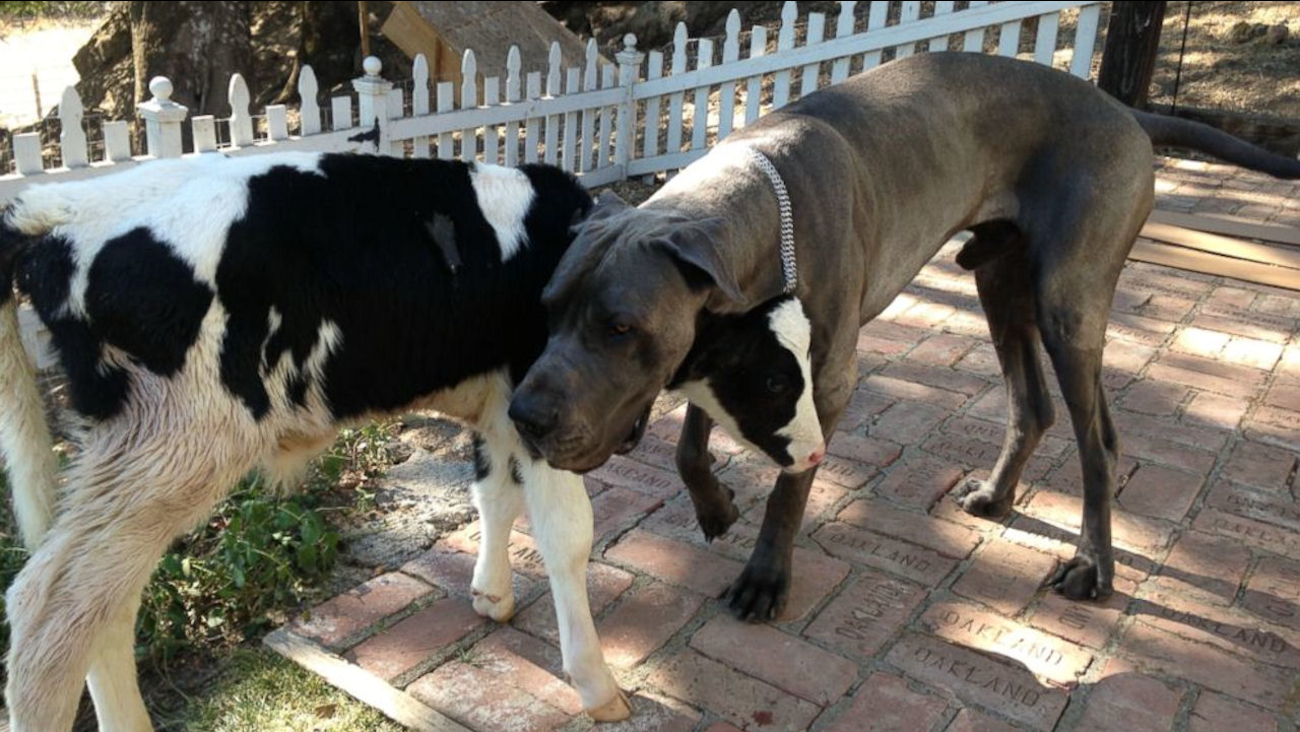 Goliath the baby cow plays with a Great Dane named Leonidas. The animals' owner says Goliath acts like one of her dogs. (Courtesy of Shaylee Hubbs/ABC News)

On Shaylee Hubbs' family ranch, you can find horses, sheep, goats, alpacas, chickens and dogs ... and Goliath, who fits right in with the pooches. Except he's a baby cow.

The 8-week-old calf tags along with the family dogs in their daily activities around the ranch in Danville, Calif., Hubbs told ABC News.

"He was raised with our three dogs, and he's around them every day," she said.

It all started when the family rescued a sickly little Goliath from a dairy farm, Hubbs said. One of her dogs, a Great Dane named Leonidas, took a liking to Goliath immediately.

"He would lick the little cow on the face and try to nudge him to stand up," she said. "He would lay down with the sick, little cow for hours just to keep him company."

Hubbs is convinced that Goliath, now healthy, thinks he's one of the dogs. But don't just take her word for it. She detailed to ABC News all of Goliath's pup-like habits, which she's been documenting on Twitter.

The cow learned how to let himself in the house by pushing his head against the doorknob, just like the dogs, and he'll make himself at home.

"He watches how they eat their dog food and drink water from their bowls and copies them," Hubbs said.

HE ALSO EATS DOG FOOD THIS IS NOT A JOKE HE THINKS HES A DOG pic.twitter.com/h4zDEeqop4

He has an affinity for lounging on the dog beds. 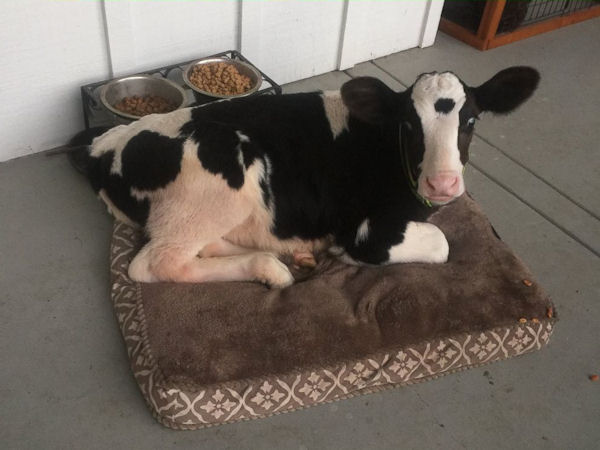 He even appreciates it when you scratch him under his chin and around his ear.