WPVI
By Christie Ileto
UPPER DARBY, Pa. (WPVI) -- 6-month-old Clover is recovering after the Delaware County SPCA says she was discovered in an Upper Darby home with deep gashes around her neck.

She had chewed herself free from a cable wire tethering her to a banister. 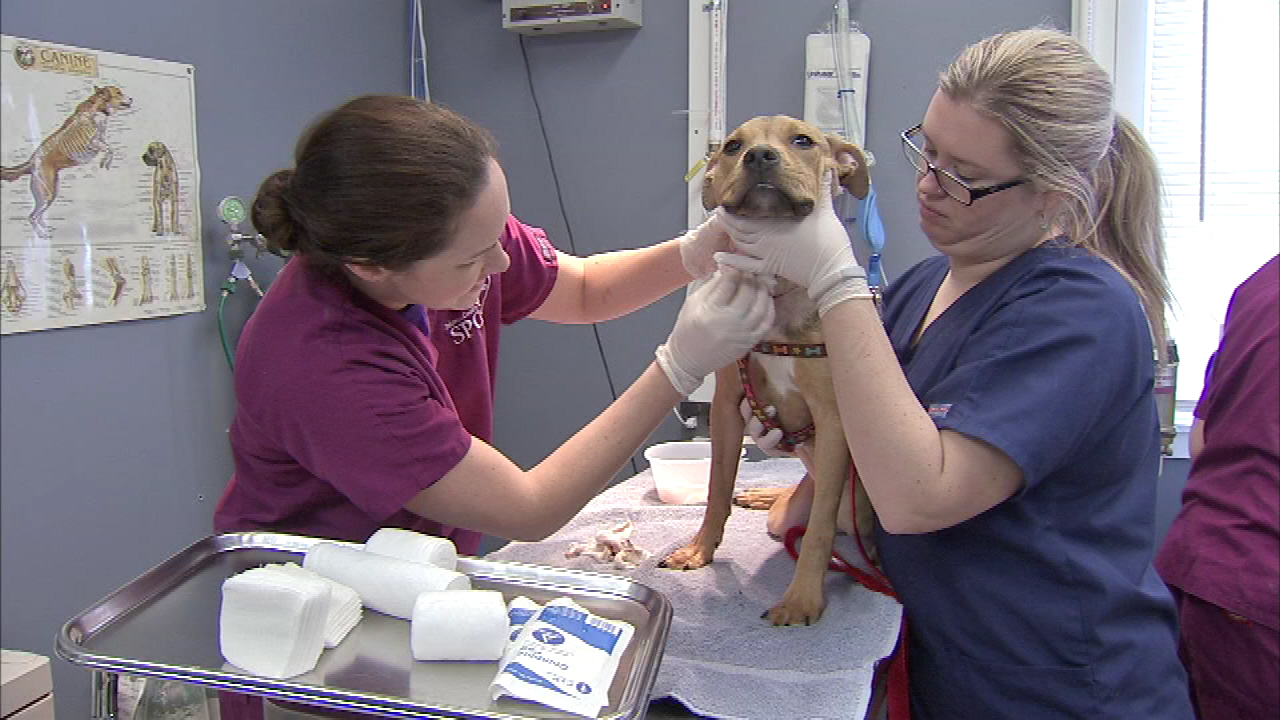 "The property manager saw the dog, he was the one who found her in there. He came over to me and asked if I could keep an eye on her when he went and got help," Kenny Gee of Upper Darby said.

Gee says he waited in disbelief at Clover's injuries that are so graphic, we can't fully show them.

"The dog chewed itself off the cable; it might have taken a while, but when they got it out, it still had the remainder of the collar in its neck," Gee said. "It was bad, I couldn't see having a kid and a dog in that house."

"It was an actual plastic coated cable, wrapped around her neck, and because it was hooked to itself, it kinked, so the hook couldn't slide. I didn't even see the problems with her neck until I bent down and I had to lift her head up," Riggle said.

Clover was rushed into emergency surgery to remove infected tissue around her neck. Officials believe she may have spent three to four weeks in that condition.

Clover has a handful more surgeries left and weeks of recovery.

Officials say charges against the person responsible are pending.

The SPCA is asking for donations to cover Clover's $3,000 medical costs. 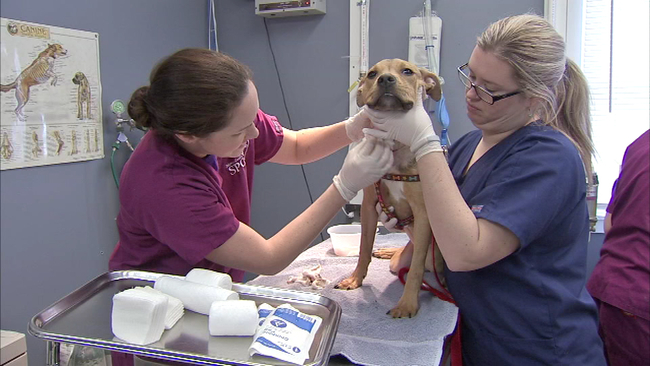