Couple reunites with missing dog after pet adopted by another owner 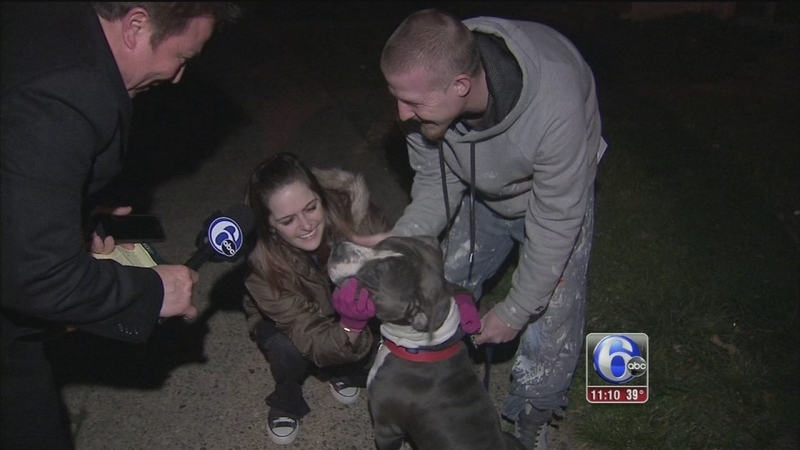 "Awesome. I feel like I won the Powerball!" the couple exclaimed.

Long story short, Rizzo got loose from his yard back on Jan. 19. The Bauers and friends searched endlessly, put flyers all over Southwest Philadelphia and on Facebook to no avail.

Unknown to them, someone claiming to be the owner had turned the dog in to the SPCA, saying they no longer wanted it. The SPCA found a new owner and placed a picture of the two on the internet as another successful adoption.

Someone sent the picture to the Bauers on Facebook.

"It was heartbreaking. I went into an anxiety attack right away. I just thought I was never going to get him back," said Stacy Bauer.

As last resort, they contacted Action News Thursday and John Rawlins reported on the sad turn of events. Shortly thereafter, the SPCA called the Bauers, asking them to come pick up Rizzo. 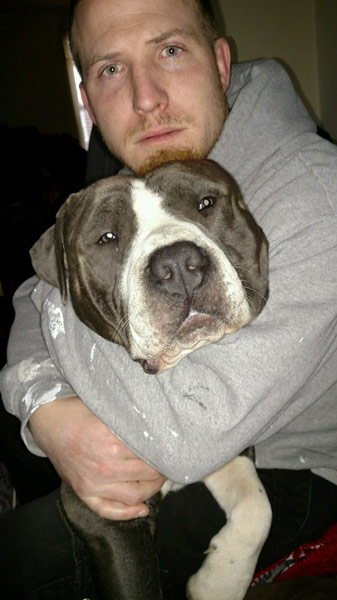 A recent photo of Rizzo with Mr. Bauer.

"Yes, and the man that adopted him was kind enough. He saw your news segment and he returned Rizzo to the SPCA," said Stacy Bauer. "He said he watched Action News everyday of his life, and he couldn't be that person not to return him."

"I just wanna say thank you to the guy for bringing him back," said Steven Bauer, acknowledging some people would not have been so kind.

"I just wanna thank John Rawlins, also, and Action News for being there and helping us, and the SPCA for all the hard work to get him back here with us," said Stacy Bauer.

You couldn't ask for a better ending.