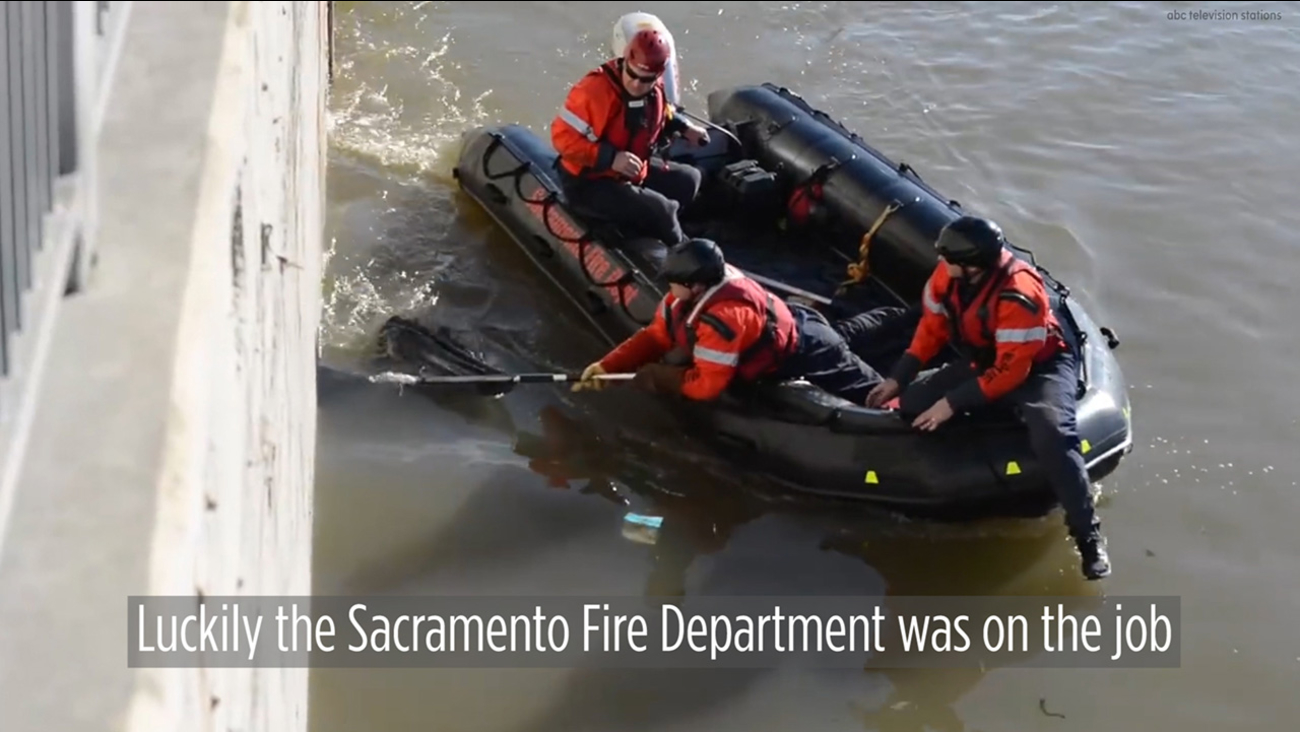 WPVI
SACRAMENTO, Calif. -- When a pair of helpless stray cats became stranded on the Sacramento River following days of heavy rain in Northern California, a team of firefighters came to their rescue.

Members of the Sacramento Fire Department used a boat to make their way to the animals, which had climbed into a tree in the center of the river. One cat leapt into the water as the rescuers approached, and they had to scoop it up using a net. The other was successfully pulled from the tree.

The cats were taken to a local shelter and city officials told ABC the cats were both in good condition. They will eventually be released back into the wild.
Related topics:
sacramentorescuecatsanimalweathergood news
Copyright © 2020 WPVI-TV. All Rights Reserved.
More Videos
From CNN Newsource affiliates
TOP STORIES