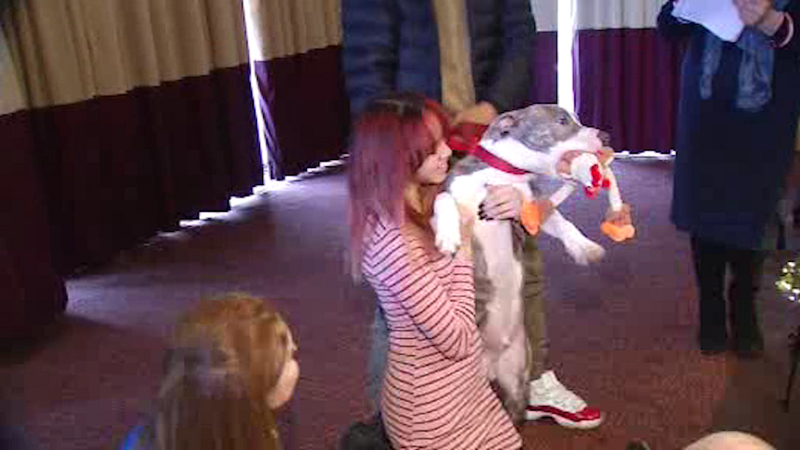 BROOKLYN, New York -- Every dog gets his day, and Thursday a pit bull puppy named Apollo, credited with saving a teenage girl from being raped in Brooklyn, got his.

He rode in a limo and was ushered up to the penthouse floor of the Hotel Pennsylvania for a very special ceremony Thursday afternoon honoring his bravery.

Heroes come in all shapes and sizes and some even have four legs.

Five-month-old Apollo literally took a bite out of crime last week when he stopped a stranger who was trying to sexually assault his owner's girlfriend.

"If you're good to your dog, your dog is good to you," said Maya Fairweather, the teen who was saved by Apollo.

18-year-old Fairweather was walking the young pit inside Red Hook Recreation Area Park when the attacker pushed her to the ground and tried to pull her pants down.

The playful pup turned protective and intervened, chomping down on the suspect's leg while Fairweather ran away.

"He was all happy, like he didn't know what he did, he was just all happy he wanted to run," Fairweather said. "I'll always love Apollo."

"He's a great dog. I actually am proud because I wasn't there, that was actually my job to be there and help her out on that occasion, but at least Apollo was with her," said Carlos Guzman, Apollo's owner.

During a special reception at Hotel Pennsylvania in Manhattan, Apollo received a hero's welcome and was showered with gifts and a special cake.

"Apollo is just an amazing example of a dog that can show us and teach us he value of pit bulls and other animals, and they are not only companion dogs, but they can save our lives," said Jean Shafiroff, an animal activist.

They were just a few small gestures of appreciation for a huge display of bravery that's won over the hearts of many.

"People have to realize that there's such a loving bond between a dog and its owner, and people are its pack that they live with. They'll risk their lives to take care of you," said Gary Rogers, Nassau County SPCA.

"Thanks to Apollo for saving my life," Fairweather said. 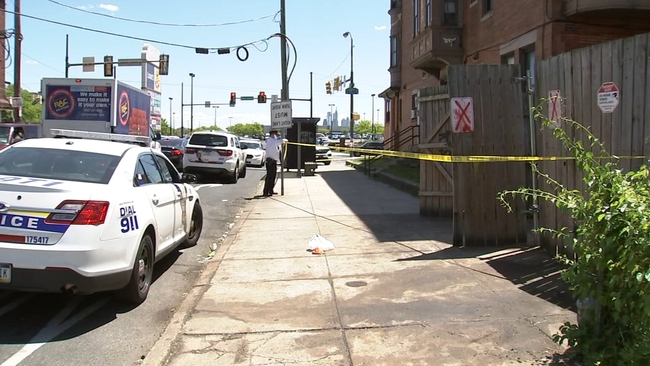