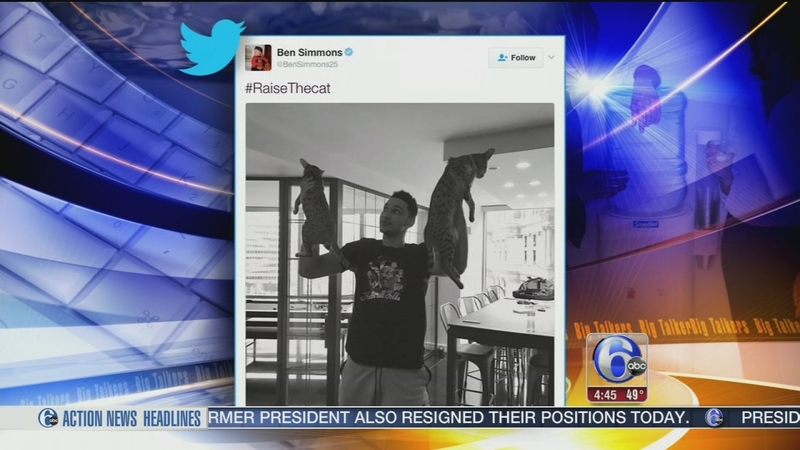 PHILADELPHIA -- Are you and your feline part of the latest social media revolution?

The Philadelphia 76ers have now won 8 of their last 10 games and their fans are celebrating each one on Twitter with a movement called #RaiseTheCat.

The inspiration came from 76ers star Ben Simmons posting a picture of himself on Instagram with one of this cats perched on his shoulder.

But the hashtag was born from a fan named Dennis Grove who started the trend tweeting "The @Sixers WIN! #RaiseTheCat"

And apparently it's not as easy as Simmons makes it look.

Simmons even joined the revolution, Tweeting another picture of him raising not one but two cats.

And fans are on board, but are the cats?

Some on social media are using the movement for good, the Providence Animal Shelter is offering half off cat adoptions through the end of the month.

And the guy who started it, Dennis, is also making t-shirts with all profits going to Philly PAWS.