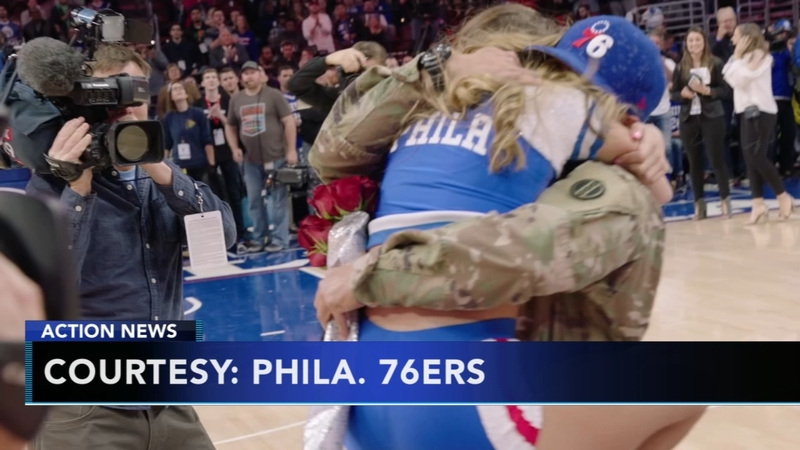 But that was not the case.

During the first quarter break, Angela and the 76ers dancers were about to take the court, but first watched as a video of troops greeting their friends and family played on the screens in the Wells Fargo Center.

Angela was shocked to see her boyfriend was among the troops in the video. She was even more shocked when he put on a 76ers cap and was handed flowers from the team's mascot Franklin. Moments later, Angela saw her boyfriend and ran into his arms.

Angela and Elliot have been together for three years.