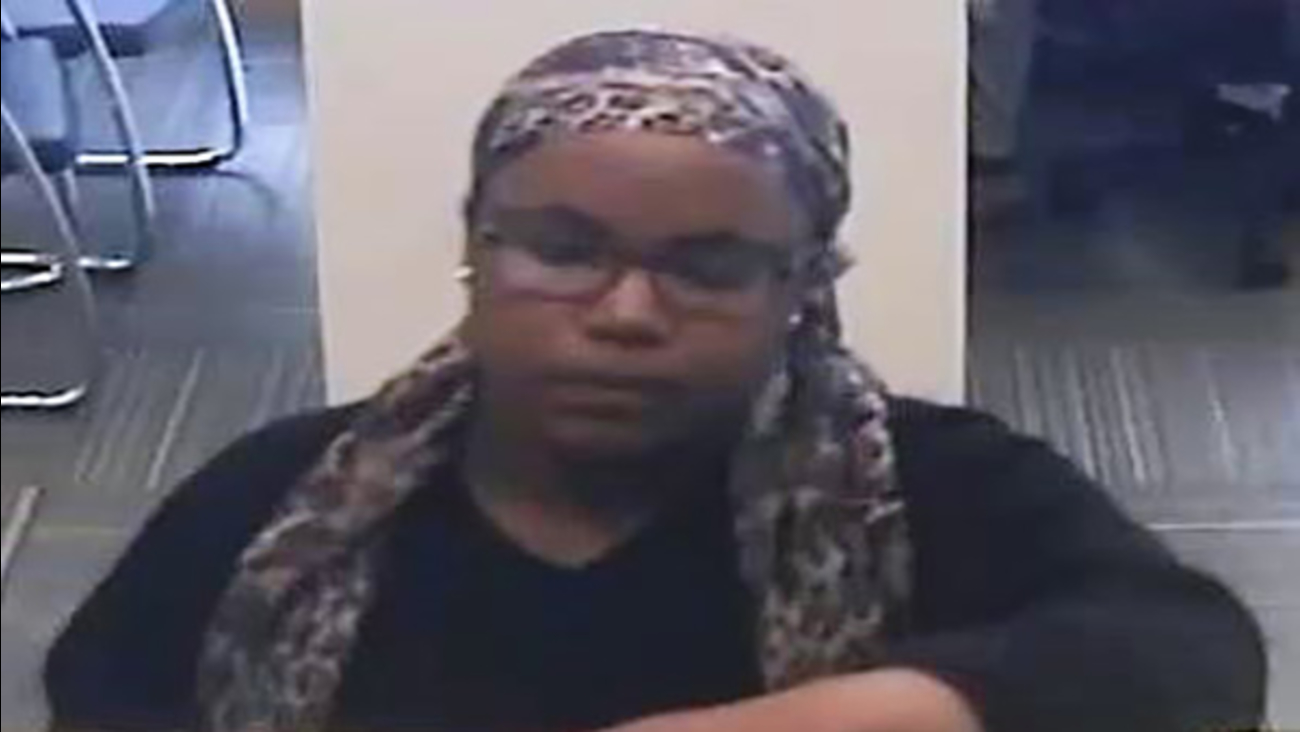 CENTER CITY (WPVI) -- Philadelphia police and the FBI are on the hunt for a woman who held up a center city bank Tuesday.
EMBED More News Videos

Police said she gave a demand note to a teller at the Citizens Bank branch on the 1700 block of JFK Boulevard at 5:30 p.m. and got away with cash.

According to officials, no one was hurt.

The suspect is described as a black female in her late 20s to early 30s, approximately 5'2"-5'5" tall, heavy build. She was wearing black Muslim-style garb, a purple leopard-print headscarf, hot pink slip-on sandals, black eyeglasses, and carrying a purse.

A reward is being offered for the capture of the woman. She is considered armed and dangerous.

Anyone with information about this robbery or this subject is urged to call the FBI/PPD Violent Crimes Task Force at 215-418-4000.