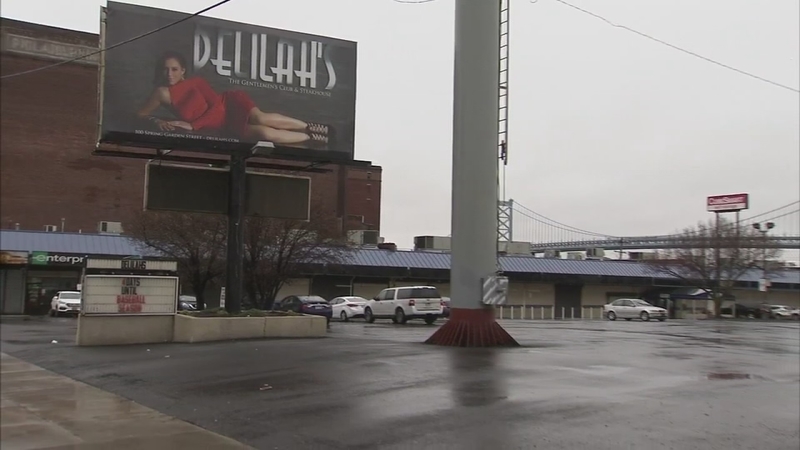 NORTHERN LIBERTIES (WPVI) -- Police have made an arrest in a shooting outside Delilah's Gentleman's Club in the Northern Liberties section of Philadelphia.

Lawrence Mitchell, 29, is charged with two counts of attempted murder following the gunfire on Monday.

He was arrested in Gloucester Township, Camden County.

Investigators say he used an AR-15 rifle with a scope, that he had illegally, to fire shots into the parking lot, narrowly missing a woman who was walking to her vehicle.

Two bullets hit the woman's white Chevy truck. She ran back inside the building and call 911.

Police revealed on Friday that Mitchell tried to shoot another man.

While investigators are not yet sure of the suspect's motive, for the moment they say it appears to be random.

Authorities add that it's possible Mitchell is dealing with mental health issues.

Police initially believed the shots came from an unfinished apartment building across the street. The resulting search led to a brief closure of Interstate 95 in the area.

In the end, no one was found.

Officers caught up to Mitchell after seeing his vehicle's tag in surveillance video.