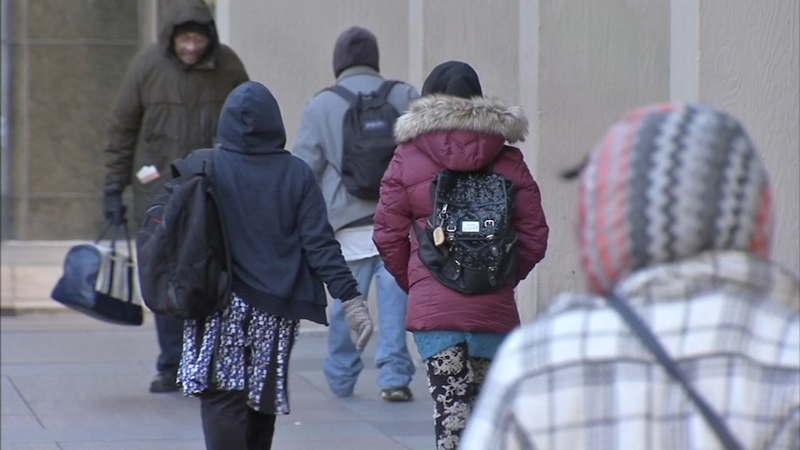 A few of the people we spoke with say dealing with brutally cold weather is kind of like making it to the playoffs, experience makes a big difference.

Eric Neumann of South Philadelphia said, "I grew up in Chicago. This is peanuts. Yes."

The Midwest transplant says it's really not that complicated.

"Layers, including stuff that blocks the wind, that's it," Neumann said.

But learning how to deal with the cold, and actually enjoying it, are two different things.

Just ask Preline McGhie of Yeadon, who is new to the Delaware Valley. But she didn't come from Chicago, she came from Jamaica.

When asked if she ever had to wear a coat in Jamaica. She said, "No, no, no."

You also have the hard-working people who spend most of their work days outdoors.

We caught up with a crew working on a road project.

Ian Lewis of Center City responded to whether he was having fun yet. He said, "No, not at all, cold weather. It wouldn't be so bad if it wasn't windy."

Still, there are always people in the crowd who really believe the colder the better.

Benny Walker of North Philadelphia says, "It's around the Christmas spirit. You see people bundled up. Everybody should have a smile on their faces during the shopping season. But I'm afraid if I smile my face will crack because it's frozen. Well, that's where Vaseline and lotions come in."