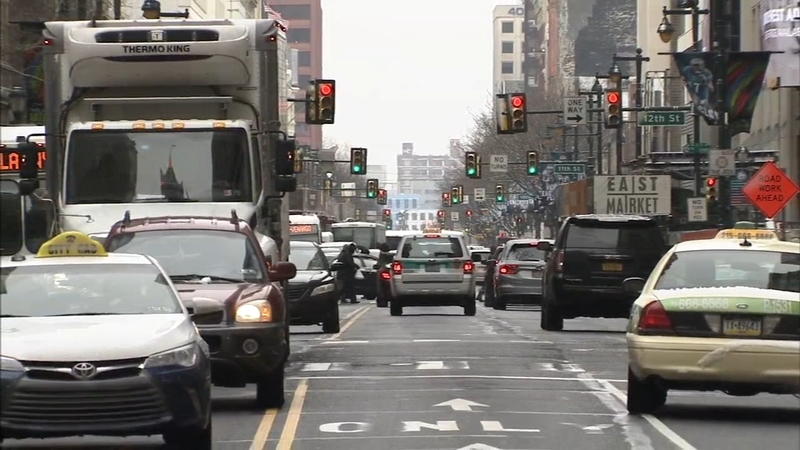 PHILADELPHIA (WPVI) -- It was standing room only at Old City's Silence Dogood restaurant Saturday night, as the Eagles upset Atlanta to set up the upcoming confrontation with the Minnesota Vikings.

Owner Chris Dubil expects the same capacity crowd for Sunday night's game, so he is featuring a special.

Restaurants all over town, large and small, are coming up with plans to pack 'em in for food and drink at game time Sunday night, which can normally be a much slower night for restaurants in the winter.

"On a normal day like that in July, we'd be lucky to fill the bar seats," said Dubil. "We were standing room only in here."

Local hotels are also expecting a mid-January jackpot courtesy of the Eagles, as Viking fans and nearly 500 media personnel are on the way here for Saturday and Sunday.

Occupancy is already up dramatically above normal, according to the convention and visitors' bureau.

The local hotel association is tracking the numbers daily.

"We already had the United Soccer Coaches in town, that's 12,000 attendees. And with the game we're going to see a 20 percent increase Saturday night, and a 14 percent increase Sunday night," said Ed Groce of the Philadelphia Hotel Association. "And the numbers are only going to go up."