Threats made against 2 Philadelphia Catholic schools 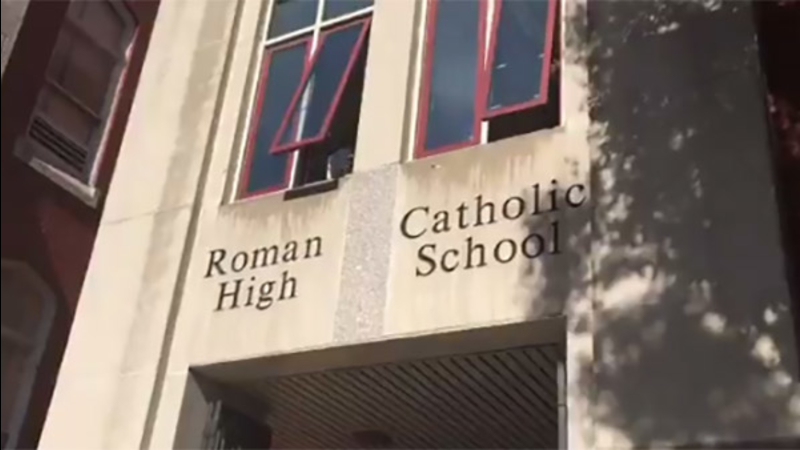 PHILADELPHIA (WPVI) -- Police were contacted on Friday after threats were made against two Catholic schools in Philadelphia, and they now say this case is connected to the shooting deaths of two teens in South Philadelphia.

Someone posted a photo of 16-year-old Brandon Olivieri, the suspect in the shooting of Salvatore Dinubilee and Caleer Miller, on social media saying he was headed to the area of Roman Catholic High School and could be a threat to students.

Roman Catholic was subsequently placed on lockdown around 11:30 a.m.

"All I know is when I went to my fifth period everybody just started leaving and we were on lockdown," said Omar Muwwakkil III.

A statement from the Archdiocese of Philadelphia said Roman Catholic was placed on lockdown because of "general threats against the safety of the school community on social media."
Police say they investigated, and found the threat to be unfounded. Still, parents found it unsettling.

"The school did the right thing. They let the parents know. They locked the school down in a timely manner," said Omar Muwwakkil, Jr.

Action News was there as parents lined up outside the building. Some of those in line said they received an email instructing them to pick up their children.

Line of parents waiting to pick up students at Roman Catholic HS after parents say they got an email about a threat/lockdown. @6abc pic.twitter.com/Y4vXrbw77P

The school had an early dismissal already scheduled for Friday.

Police also say this is an active investigation as they search for Brandon Olivieri. If you have any information, contact police.