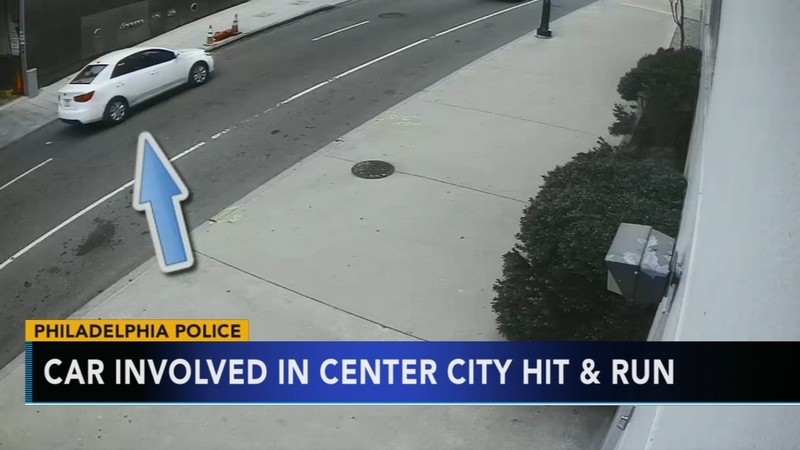 CENTER CITY (WPVI) -- Philadelphia police have released video of the suspected striking vehicle in a hit-and-run in Center City.

The incident occurred around 9:30 a.m. Saturday near 21st and Market streets.

Police say the driver did not stop, and was last seen heading east on Market Street.

The victim was taken to Hahnemann University Hospital where he is listed in critical condition.