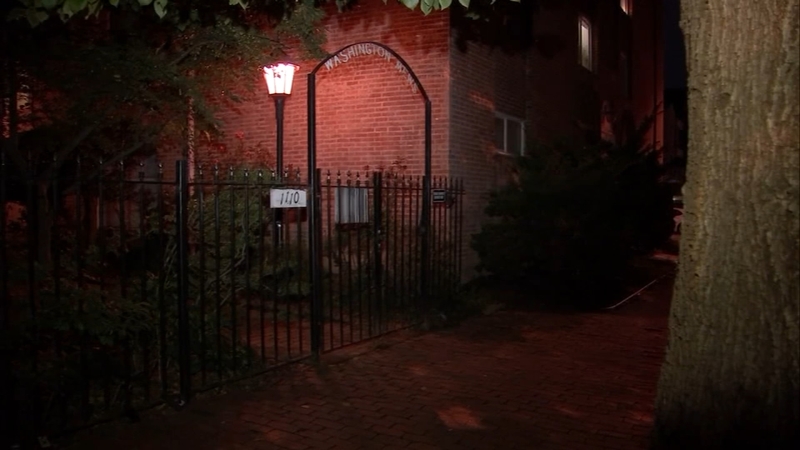 Police search for man who attacked woman in Center City

CENTER CITY (WPVI) -- Philadelphia police are searching for a man accused of sexually assaulting a woman at knifepoint in Center City.

The 24-year-old victim said she was walking in the 1200 block of Lombard Street around 11:30 p.m. Saturday when she was approached by a man who was armed with a knife.

Police said the woman was forced into what was once a private courtyard for residents of the building on the 1100 block of Lombard Street.

Detectives said a 23-year-old woman walking to a nearby shelter was preyed upon by an armed man, who forced her into the isolated walkway and sexually assaulted her at knifepoint.

"It's very enclosed and off the main road, and the only people that walk through there are residents," said resident Juliette Stein. "So I was alarmed that in reality- people can go in there as they please and things can happen."

In a letter to residents of the 52 units at Washington Mews, the tenant-run association said, "historically the gates have not been locked" and plans have been put on the "fast track" to "secure the courtyard."

The woman, who is from Spain, has been staying at the Women of Hope Homeless Shelter that's located on the 1200 block of Lombard.

Those boarding at the facility said they have now been instructed to walk in pairs if they have to leave the building.

The suspect is described as a thin black male in his 30s, 5'6 to 5'7 tall; he was said to be wearing a dark hooded sweatshirt and dark pants at the time of the incident.