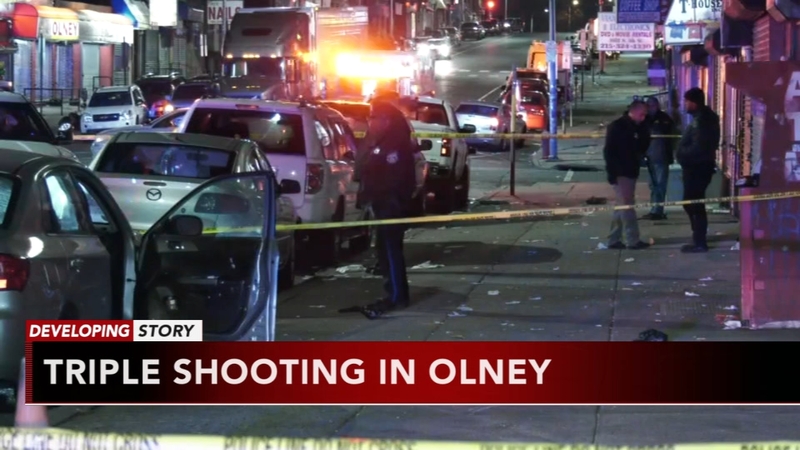 OLNEY (WPVI) -- Police are investigating a shooting outside of the Chihuahua Bar in the city's Olney section Sunday night.

Investigators said a 36-year-old was shot once in the left arm. He was taken to Albert Einstein Medical Center where he is in stable condition.

Officials said a 30-year-old man was found shot in the chest. He was taken to Albert Einstein Medical Center by police where he is in critical condition.

A third victim, a 24-year-old man, was found shot once in the chest.

Medics took the 24-year-old man to Albert Einstein Medical Center where he is in critical condition. Police said this man is believed to be the perpetrator.

Police said 2 guns were recovered at the scene and an arrest has been made.