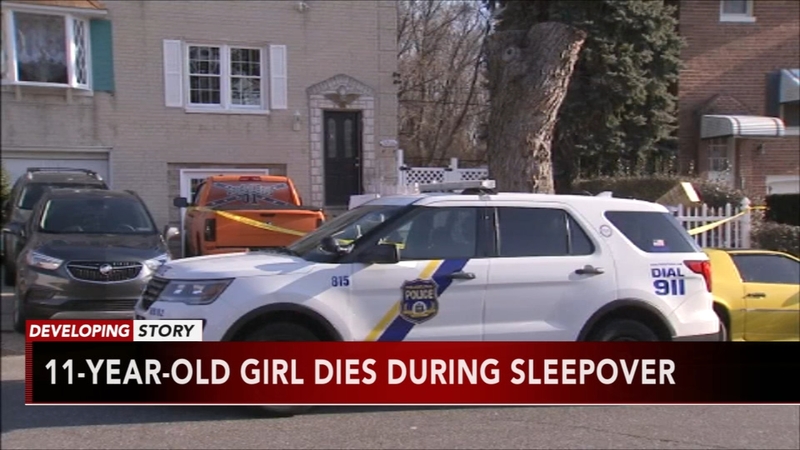 NORTHEAST PHILADELPHIA (WPVI) -- Police are investigating the death of an 11-year-old girl who was found unresponsive during a sleepover in Northeast Philadelphia.

Police say the girl was found at a home on the 9200 block of Angus Place.

A friend of the girl who lives at the home tells police she saw the victim playing with her iPad around 1:30 a.m. before falling asleep.

Then later in the morning, the 11-year-old girl was found unresponsive and was pronounced dead when paramedics arrived at the home. Initial reports said a neighbor discovered the child in the home, but police have yet to confirm who found the child.

Autopsy results will come back sometime next week; investigators say there does not appear to be foul play.

Neighbors say the victim was a beloved member of a tight-knit community of parents and their kids.