Over 100 gather in Chinatown to denounce Georgia mass killings 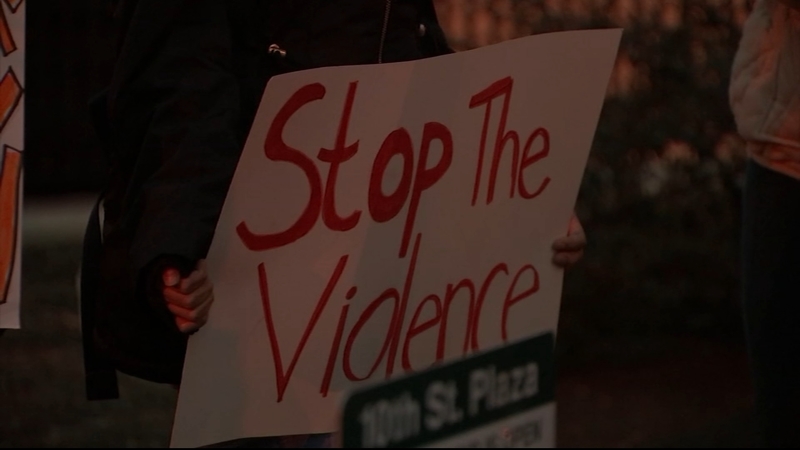 Over 100 gather in Chinatown to denounce Georgia mass killings

The Tuesday attack sent terror through the Asian American community, which has increasingly been targeted during the coronavirus pandemic.

"Unfortunately tonight, we are not here to celebrate, we are here to mourn," said John Chin, executive director of the Philadelphia Chinatown Corporation.

Roughly 150 people gathered at 10th and Vine streets to denounce the attack and stand in solidarity with the Asian American community.

A day after the shootings, investigators were trying to unravel what might have compelled 21-year-old Robert Aaron Long to commit the worst mass killing in the U.S. in almost two years.

A white gunman accused of killing eight people, most of them of women of Asian descent, at three Atlanta-area spas was charged with murder Wednesday.

Long told police that the attack was not racially motivated. He claimed to have a "sex addiction," and authorities said he apparently lashed out at what he saw as sources of temptation. But those statements spurred outrage and widespread skepticism given the locations and that six of the eight victims were women of Asian descent.

"We stand here together in solidarity to remind ourselves that this is about us and it is more than just us," said Philadelphia Councilmember Helen Gym. "And that itself is why we're here, to denounce white supremacy in all its forms."

According to Stop AAPI Hate, there have been nearly 3,800 hate-related incidents against Asians in all 50 states since last March.

The hashtag Stop Asian Hate trended on Twitter after a shooting in Atlanta left eight, including many Asian women, dead. Here's what you can do to help stop the spread of hatred and violence.

"I just wanna show love back to the community and show how much I care to my community," said Thuc Duong of King of Prussia.

"Racism in any form is wrong and when it manifests into violent pathways," said Debbie Wei of South Philadelphia.

The attack in Georgia was the sixth mass killing this year in the U.S., and the deadliest since the August 2019 Dayton, Ohio, shooting that left nine people dead, according to a database compiled by The Associated Press, USA Today and Northeastern University.