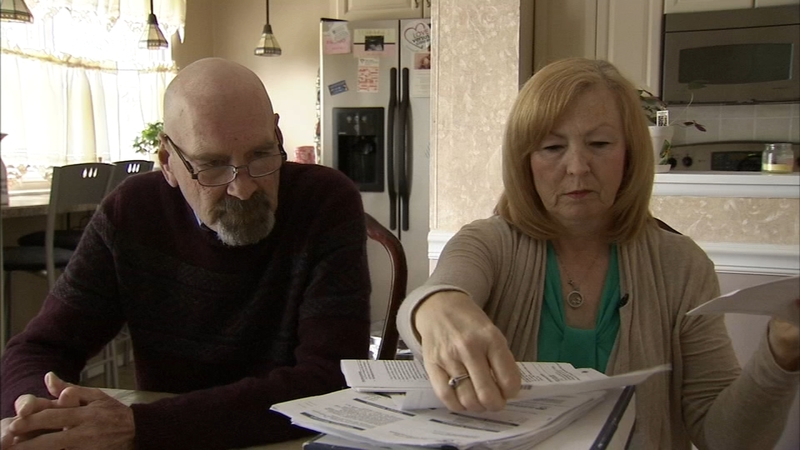 PHILADELPHIA (WPVI) -- One Philadelphia couple found out the hard way about the costs of a clinical trial after signing up.

When you're considering a clinical trial, the last thing you're probably thinking about is cost. But it is something you need to consider - especially so you don't end up in collections.

George Scheuermann of Northeast Philadelphia said, "The survival rate on my particular pancreatic cancer is one percent."

That's a sobering statistic, one that led George Scheuermann to pursue anything he could to better his health and the health of others.

The Scheuermann's signed the contract believing all costs associated with the trial would be covered.

But six months into the trial, they started receiving bills.

And when they questioned the hospital, they were assured that everything was covered.

So they didn't pay those bills.

"That goes into collection and it's a matter of you know what's going on here," said George.

After a lot of back and forth, The Scheuermann's realized there was some wording in the contract that they missed.

Chuck Bell of Consumer Reports said, "The trick is really distinguishing between things that are routine costs and perhaps extra costs and costs that you would have been on the hook for anyway."

That's what happened to the Scheuermann's, George's ongoing cancer care was merging into his clinical trial medical needs.

"I was lucky enough that we could afford that," said George.

Claire Scheuermann of Northeast Philadelphia said, "It's just extra stress that people don't need when they are dealing with an illness like this."

Action News is partnering with the Philadelphia Inquirer to help present a solution to Scheuermann's problem and others.

It's called Philly Health Costs, an online database where you can search for the prices of medical procedures and supplies up front.

We encourage everyone to participate to make the data more robust. Don't worry none of your information will be shared publicly.