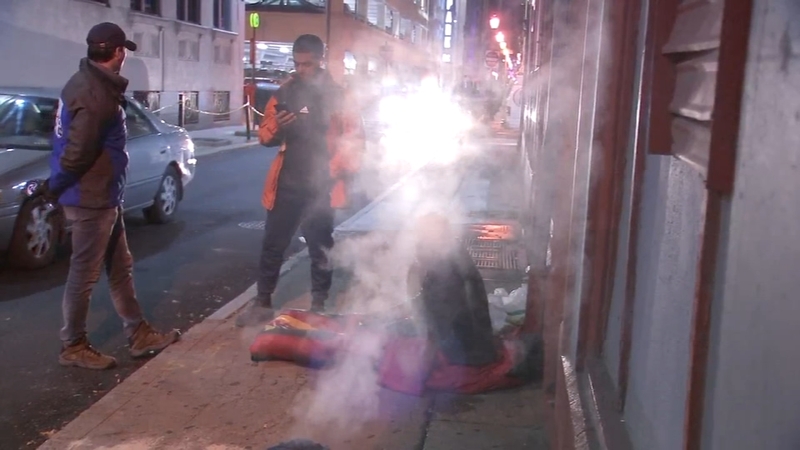 Manny Blount says he's working long hours this week and it's worth it.

He's working for the Philadelphia Homeless Outreach as temperatures plummet to dangerous levels this week.

Underneath the Convention Center, he was passing out "blessing bags." They're bags of food and water. Some with hot chocolate.

"I try to give them whatever they need 'cause they probably didn't eat," he said.

With the ultimate goal of gaining trust, so the homeless will get out of the extreme cold and inside.

He said, "If I can just get one person off the street today you're doing something good," said Blount.

At an alleyway in Center City, Blount was called to meet a homeless veteran. He didn't want to leave at first.

But when it's this cold, Blount can't allow that. So he was going to wait until transport arrived to take him to a veteran's shelter.

The non-profit Urban Youth Kings and Queens was having a much-needed winter coat drive.

"We probably gave about 50 coats or so. We give out at least 100 coats ever year," said Haneef Hill, president and CEO of the group.

Meteorologist Cecily Tynan says Wednesday morning starts off with a record low of 23 degrees. Despite abundant sunshine, the high only reaches 36. A brisk wind will make it feel like it's in the teens and 20s all day long.