Henon was found guilty of conspiracy and fraud charges in November.
WPVI
By 6abc Digital Staff 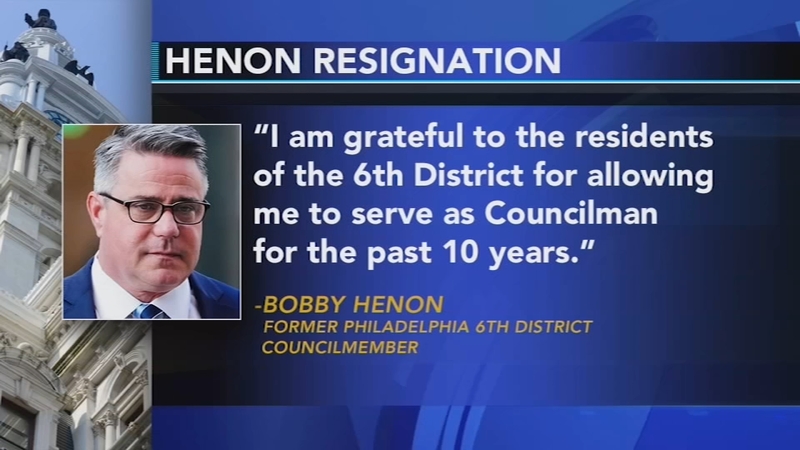 "Today, I officially resigned my position as the Philadelphia City Council Person representing the 6th Council District," Henon said. "I am grateful to the residents of the 6th District for allowing me to serve as Councilman for the past 10 years." 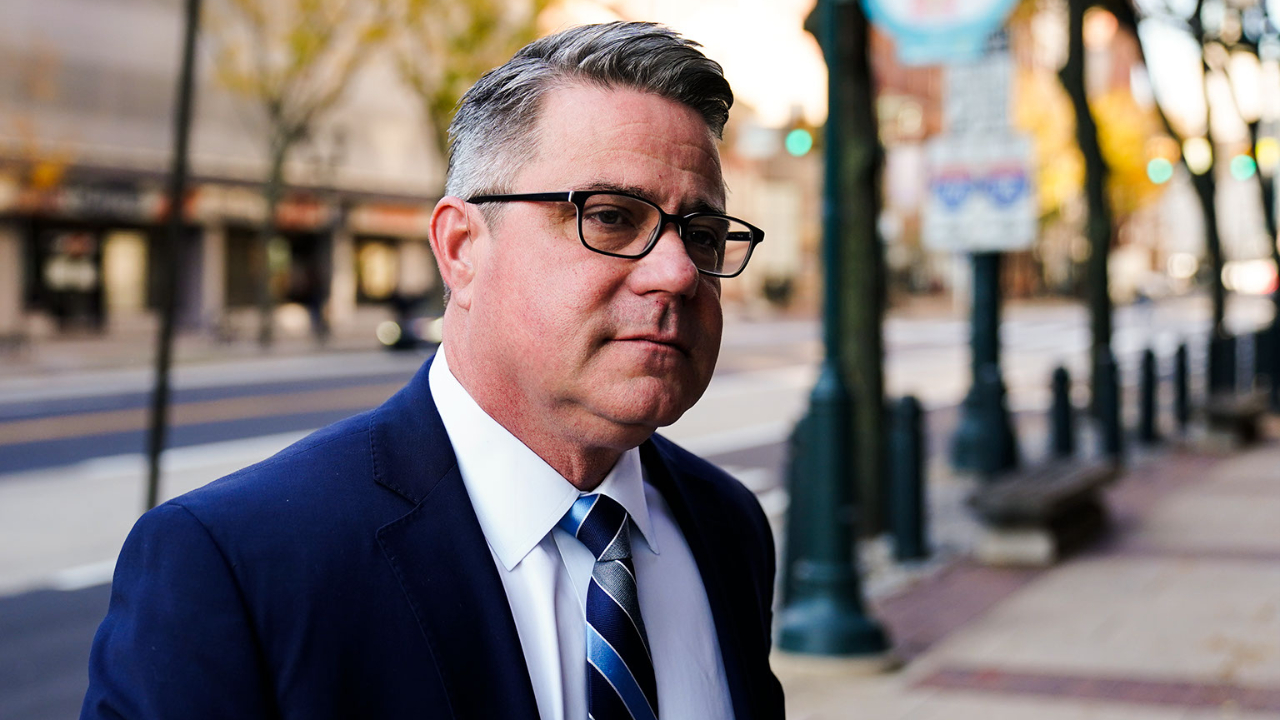 In his resignation announcement, Henon spoke of his accomplishments made during his time as a councilman including the city investing millions into parks and recreation centers and bringing new jobs to the area.

"Although my time in Philadelphia City Council is coming to an end, my dedication to northeast Philadelphia will never diminish. I will remain, as ever, committed to a life of service," Henon said.

Shortly after his conviction in November, Henon resigned from leadership roles on four council committees.

He did not resign from his position on City Council at the time. Under Pennsylvania law, he did not have to until his sentencing which is scheduled for February.

The Northeast Philadelphia Democrat and union boss John Dougherty, the longtime business manager of Local 98 of the International Brotherhood of Electrical Workers, were convicted of conspiracy and honest services wire fraud. Henon was also convicted of bribery. Both were acquitted of some charges.

Union boss John Dougherty and Philadelphia City Councilman Bobby Henon were both found guilty of conspiracy and other offenses in their federal corruption trial.

Dougherty resigned from his position in November, ending his nearly three-decade tenure at the union's helm.

Prosecutors said Dougherty gave Henon, a union electrician-turned-Philadelphia City Council member, a union-paid no-show job to ensure Henon did the union's bidding. Dougherty's lawyers contended that he exerted no undue influence and that the city allows council members to hold outside jobs.

Henon's defense said the case amounted to criminalizing the legislative process and treating the union differently than other groups that lobby lawmakers. Henon was elected in 2011 and has represented his district for three terms.

Dougherty - known widely by his nickname "Johnny Doc" - has been a major force in Pennsylvania politics, steering millions in union campaign contributions to candidates for political office, including his brother, who was elected as a state Supreme Court justice in 2015.

The two nominees will go head-to-head in an election. The decision will likely on the ballot in May or November.

Whomever is elected to fill Henon's seat will serve the rest of his term for this year and all of next year.

Mayor Jim Kenney issued the following statement in response to the resignation of Henon:

"Given the circumstances, I believe Councilman Henon's resignation today is the right decision. With so many pressing challenges facing Philadelphia, it is critical that City leaders-including our partners in City Council-remain focused squarely on the needs and priorities of our residents.

"As I've said before, I've always believed that Councilmember Henon would do what he feels is right for his constituents, for the people of Philadelphia, and for the entire city. While he must now face the consequences of his past decisions, it is important to evaluate the entirety of a person's contributions to public service throughout their whole career. He has been a consistent, strong advocate for the working families of Philadelphia throughout his ten years of service on City Council.

"I look forward to our administration's continued partnership with City Council to address the urgent issues confronting our city-recovery from the pandemic, public safety and gun violence, and creating economic opportunity for all."

"Councilmember Bobby Henon has submitted his resignation as Councilmember for the Sixth Councilmanic District to my office this morning, effective immediately," said Council President Clarke.

"As I stated in November, while it is always difficult to learn that a member of this body has been convicted of violating the law, the jury spoke, and we respect its verdict."

"I will take the appropriate steps authorized under the Home Rule Charter regarding this vacancy in Council in due course and in full accordance with city law. It is important that the people of the Sixth District have representation in City Council."