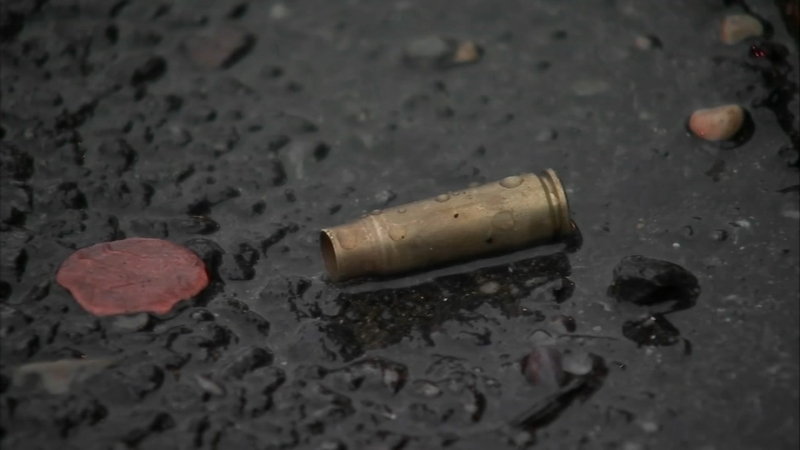 PHILADELPHIA (WPVI) -- In the past month, at least five children have been victims of gun violence in Philadelphia, and local organizers say it's tearing the city apart.

In West Philadelphia, a call came in for an 11-year-old boy shot in the chest inside of his home on the 5700 block of Haddington Lane on Monday. The boy has died.

The main suspect is his 19-year-old brother who's now in custody.

Roscoe Bruce and Emart Harley were at the scene on Monday night. They're with the Philadelphia Anti-Drug/Anti-Violence Network.

They came here to support and give a message to the grieving family.

"Don't let it close you up 'cause it can. Embrace the loved ones and people around you," Bruce said.

But they also wanted to talk about what transpired these last few weeks.

They say the violence is affecting any child who sees this unfold.

"It takes their youth from them. They're scared. Thoughts are always serious. They don't know when to loosen up or who to loosen up around," said Bruce.

It was just last week in Frankford, a 10-year-old boy was shot in the back of the head in a drive-by shooting.

"Here we are again. A city in mourning. It's tragic. You can't bring back a life. This is not a game. You don't get a do-over or restart. Your actions are fatal. They are eternal," said Harley.

Also last month, a 28-year-old man has confessed to killing four of his family members, including a 7-year-old and an 18-year-old inside their West Philadelphia home. And an 11-month-old boy and a 2-year-old girl were both shot in separate shootings.

Bruce and Harley say irreversible damage is being done in the city as a result of this gun violence.