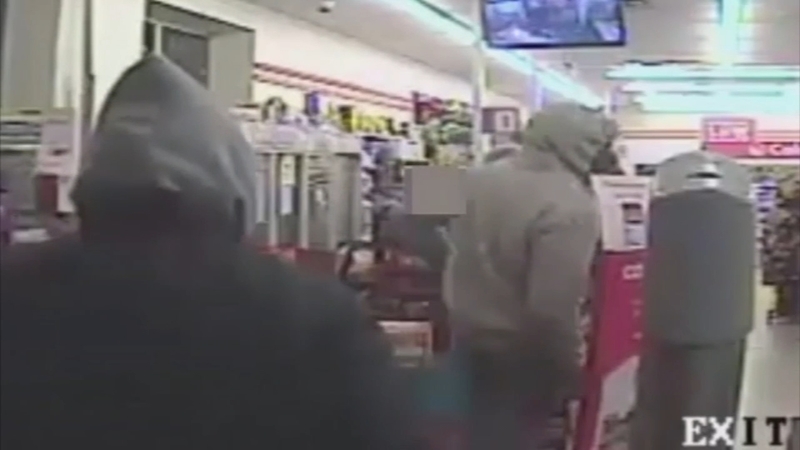 PHILADELPHIA (WPVI) -- Philadelphia police are asking for the public's help to identify four individuals they say violently robbed a Family Dollar in the city's Tioga section.

Just before 9 p.m., the four suspects - appearing to conceal their faces - enter the Family Dollar located on the 1900 block of West Allegheny Avenue.

Police said the group entered the store just before closing to rob it.

"Yeah, I'm not going to come over here for a while," said frequent customer Joyce Peterman as she watched the surveillance video.

"I don't understand that, people just getting violent these days," said another customer in passing.

Police say at least two of the suspects were armed and took the employee to the safe where they stole an undisclosed amount of cash.

From there video shows what authorities said is one of the suspects pistol-whipping the employee before they open the cash register.

"In fact, we believe they took the entire tray, the entire till out" said Philadelphia Police Capt. Sekou Kinebrew.

What happened next is still a mystery to authorities. For reasons unknown, one of the suspects left behind some of the stolen cash.

"Maybe they saw something outside that made them pause or maybe one put it down expecting the other to pick it up, we just don't know," Kinebrew said.

Police said the employee was injured as a result of the assault, but is expected to be okay. No shots were fired during the robbery.

Authorities are hopeful that, even though the suspects took measures to conceal their faces, someone will recognize them.

Customers are just as hopeful.

Police said all of the suspects appear to be in their 20s, one possibly in their 30s. One suspect is also possibly a woman.