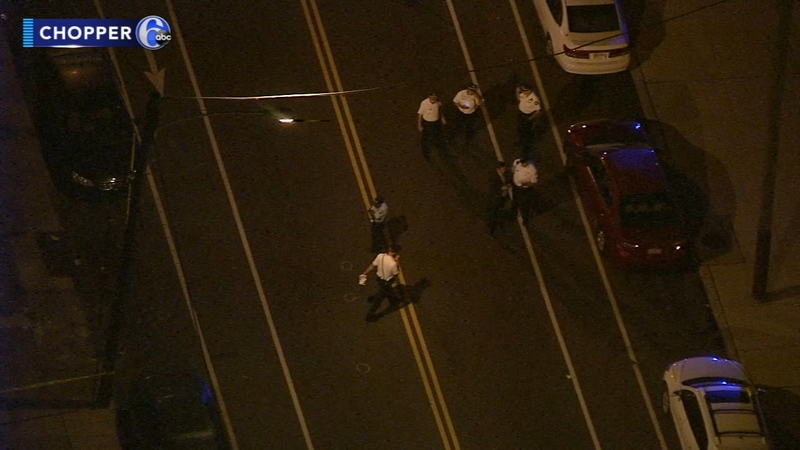 PHILADELPHIA (WPVI) -- Philadelphia police continue to investigate a shooting that left one person dead and three others injured Friday night.

Police say the incident occurred around 9 p.m. along the 5100 block of Haverford Avenue.

According to police, a vehicle pulled in front of a group and opened fire, but reports as to the description of the vehicle are conflicting.

Four victims were hit by the gunfire.

A 24-year-old man was shot in the chest. He died from his injuries at the hospital.

A 22-year-old woman was shot multiple times in the legs, arm, and chest. She remains in critical condition.