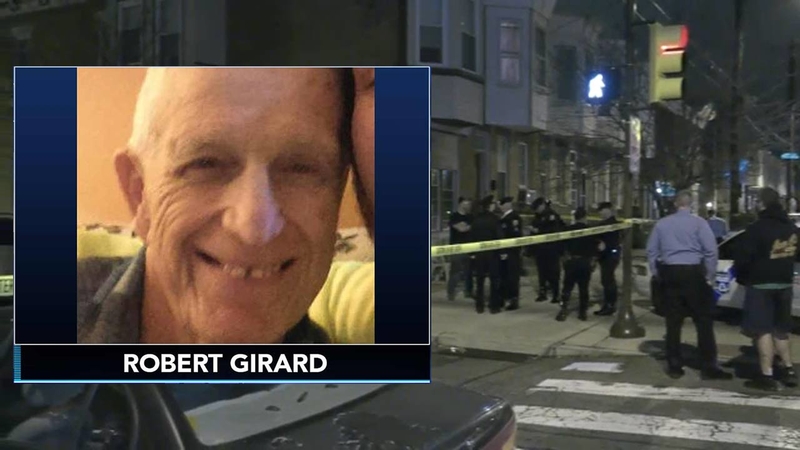 That finding came during an autopsy for Robert Girard.

His body was found Wednesday night in the 2500 block of East Lehigh Avenue.

"The victim's granddaughter returned around 9 p.m. and discovered her grandfather laying naked and there was blood throughout the house," said Capt. Jack Ryan.

There were no signs of forced entry and nothing appears to have been taken from the home, police said.

Neighbors had been concerned about a white van parked outside for weeks with a man living inside.

"We interviewed him. We have nothing at this point to tie him to this," Ryan said.

Raw video from the scene of a death investigation in Port Richmond Wednesday.

Neighbors were saddened to hear of the passing of their friend on the block.

"I am sick. I am heartbroken. Obviously one of my good friends, I've lived around him for 40 years," said Brian White. "It's a disgrace whatever happened to Bob."

Police want to hear from anyone who may have seen somebody come or go from the house. They would also like to find out if Girard had any ongoing disputes with anyone.