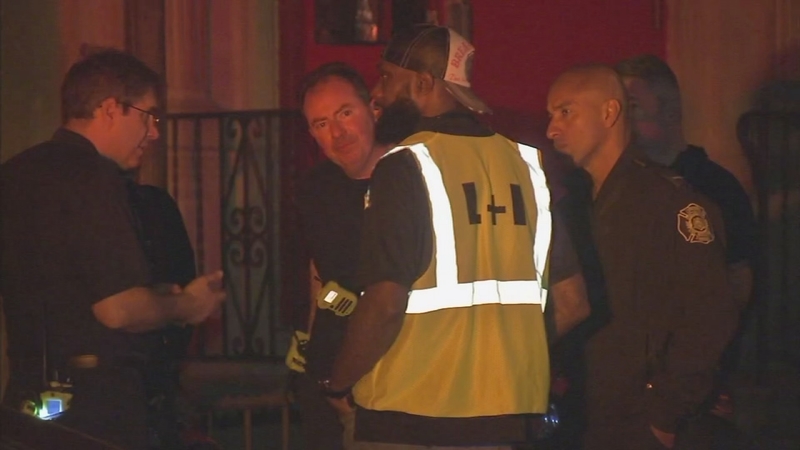 WEST PHILADELPHIA (WPVI) -- A fire erupted last week in a West Philly apartment building, shedding light on many other problems within the structure. And Monday night city officials were on scene, evacuating tenants.

Keyana Stallworth said the fire broke out in her apartment in the four-story building at 4710 Locust Street last week, but the smoke alarms did not make a sound.

"I only found out because I was walking to the bathroom," said Stallworth.

The Dorset Court Apartments provide low-income housing for about 100 to 150 people, but residents said the building is in bad shape with serious problems, including mold.

"We had mushrooms growing out of our floor," said tenant Dave Calhoun.

Residents said their children have broken out with various rashes from the unsanitary living conditions.

"I took him to the hospital and they said it was like scabies or something like that," said Myra Melendez, referencing her small child.

Other residents said the building also has issues with rodents.

"It has roaches and rats," said Tanisha Diaz. "The rats are out of control. At night you can hear them jumping everywhere."

And because the smoke alarms are not working, Officials said they will now be monitoring the building round the clock.

"There is a fire watch being established," said Dan Bradley, Office of Emergency Management director. "Which is a typical response for fire alarms that are a little bit problematic."

Action News attempted to speak with the management company, SBG Management, but they have not yet responded to our requests.