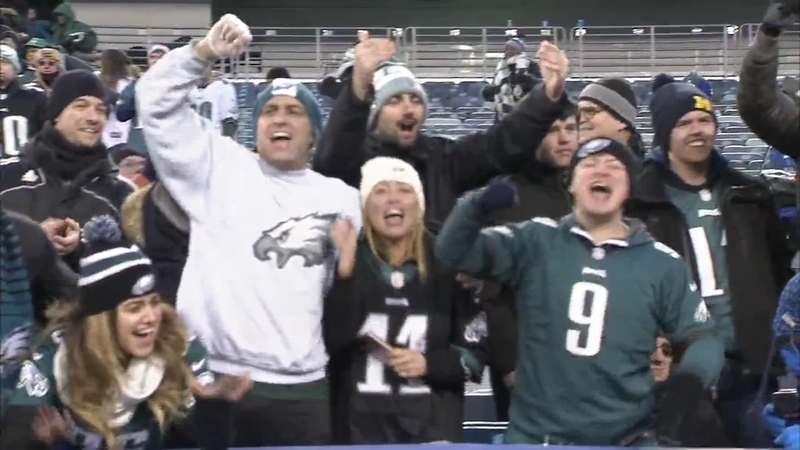 Fans still behind the Wentzless Eagles

The 34-29 victory Sunday over the New York Giants saw the first full game without Carson Wentz.

But just about everyone Action News spoke with Monday was thrilled with quarterback Nick Foles and the offense.

"I'm all in for the Eagles and rooting for Nick Foles," Rich Van Fossen of Center City said.

It's safe to say optimism, or something close to it, is at an all-time high for this season.

"This is a team that believes in itself. They know it's their opportunity; they know that these chances don't come around every year," Adam Dvorin of Northern Liberties said.

Next up are the Oakland Raiders on Christmas night- that will be ESPN Monday Night Football on 6abc.