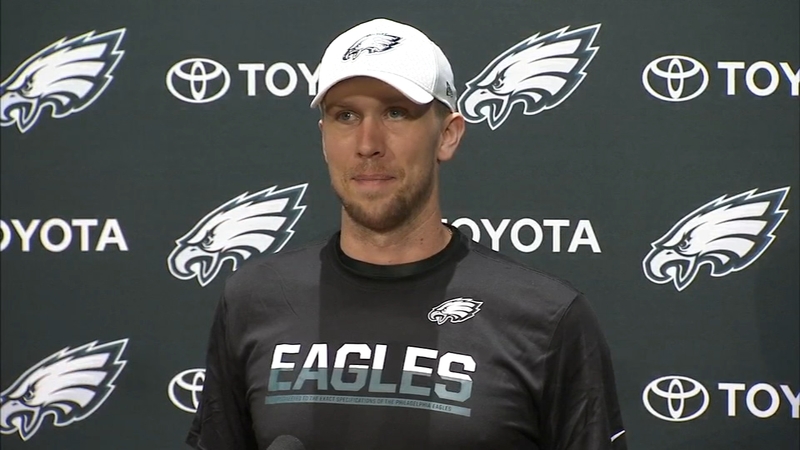 PHILADELPHIA (WPVI) -- Nick Foles, who once again finds himself as the starting quarterback for the Philadelphia Eagles, said on Tuesday he is 100% confident in himself and the team.

Foles took over leadership of the offense on Sunday after Carson Wentz left the game with what was later revealed to be a season-ending ACL injury.

Nick Foles on if the Eagles Super Bowl Shot is Done with Carson Wentz Hurt:

“I’m 💯% confident in myself... I love this city, I love this team” pic.twitter.com/bG2AhrPAHO

Saying he plans to keep the team "rolling," Foles also said Wentz will be instrumental in helping the Eagles win behind the scenes.

He predicts Wentz will come back 'stronger than ever.'

Foles addressed the doubters who that think this team's Super Bowl dreams died when Wentz went down.

Meanwhile, head coach Doug Pederson was the quarterbacks coach for the Eagles when they drafted Foles.

Plus, if you look up the top 10 single-season passer ratings of all time in the NFL, you'll see Nick Foles' name alongside future Hall of Famers like Montana, Brady, and Manning.