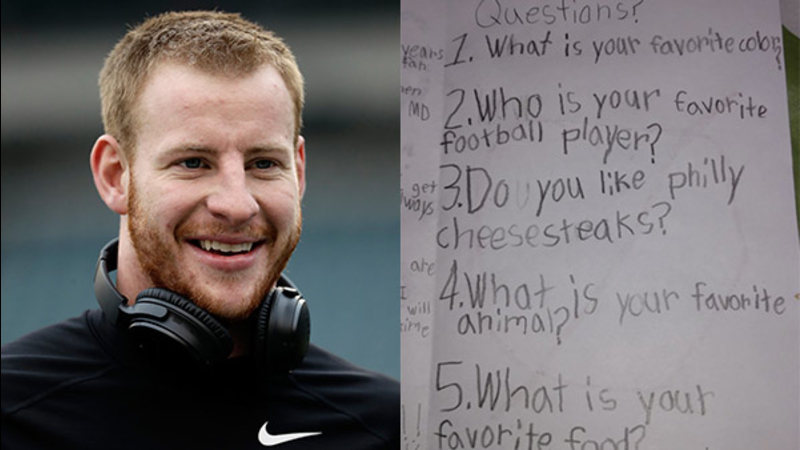 PHILADELPHIA (WPVI) -- Philadelphia Eagles quarterback has to make tough choices every week on the field.

Should he pass the ball? Should he hand it off? Or should he just run for it?

On Monday, Wentz was faced with five more difficult decisions -not by a game on the field, but by a 7-year-old fan named Jude on Twitter.

Jude's grandmother tweeted Wentz a photo of a letter her grandson wrote.

The letter starts, "Dear Carson, Hi my name is Jude. I'm 7 years old. I have always been an Eagles fan forever." 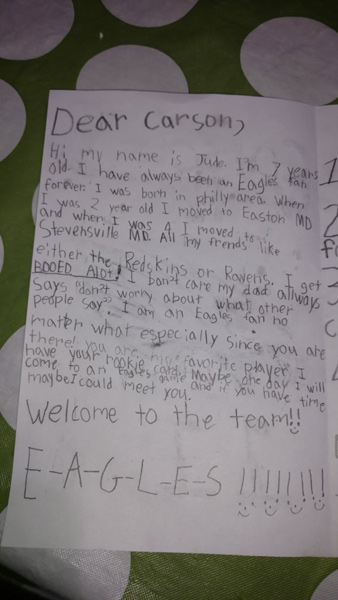 In his letter, Jude tells Carson that he was born in Philadelphia, but moved to Maryland.

Jude says most of his friends are fans of the Washington Redskins or Baltimore Ravens.

"I get booed a lot!" Jude writes. "I don't care. My dad always says, 'don't worry about what other people say.' I am an Eagles fan no matter what, especially since you are there!"

The boy tells Carson he's his favorite and even has his rookie card! 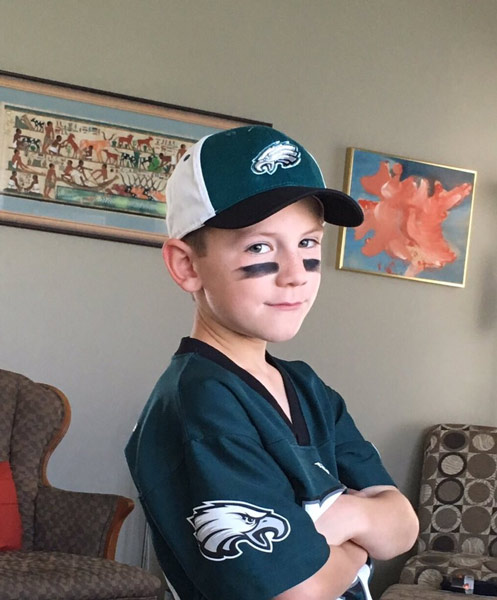 He ends his letter by saying he hopes to one day go to an Eagles game and maybe meet his favorite player.

Jude then plays the role of sports reporter and asks Carson a few questions that every 7-year-old fan would want to know. 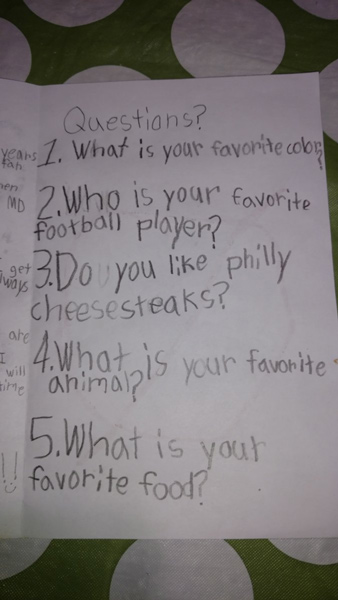 And Carson obliged, tweeting "Love it!" and then answering all of Jude's questions:

1. What is your favorite color? Carson's answer: Red

The Eagles QB ended his reply with, "Appreciate the support buddy! God bless!"