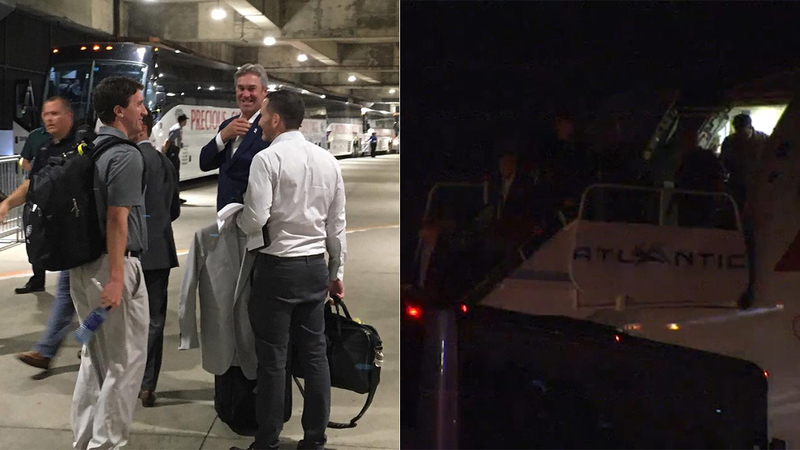 PHILADELPHIA (WPVI) -- The Philadelphia Eagles suffered a one-two punch: They lost their third straight preseason game and then were stuck in Cleveland for hours.

The Birds couldn't head home because their plane had mechanical issues.

Action News sports reporter Jeff Skversky, who reported from the Eagles-Browns game, posted about the delay on Twitter into the overnight hours.

Jeff captured the team buses all lined up at FirstEnergy Stadium shortly before 1 a.m. with nowhere to go.

The Browns opened up their HARDland Club lounge to accommodate Eagles players and personnel as they waited.

Only Action News was at Philadelphia International Airport when the Eagles finally arrived back home shortly after 3:30 a.m. Friday.

The bad night started hours earlier with a 5-0 loss to the Browns.

The Browns scored a field goal and a safety when Nick Foles literally stumbled.

It was a disappointing night for the Eagles offense; they had four turnovers in just the first half.