The Eagles Social Justice Fund of the Philadelphia Foundation awarded $316,600 in grants to 32 Philadelphia non-profits
WPVI
By Corey Davis 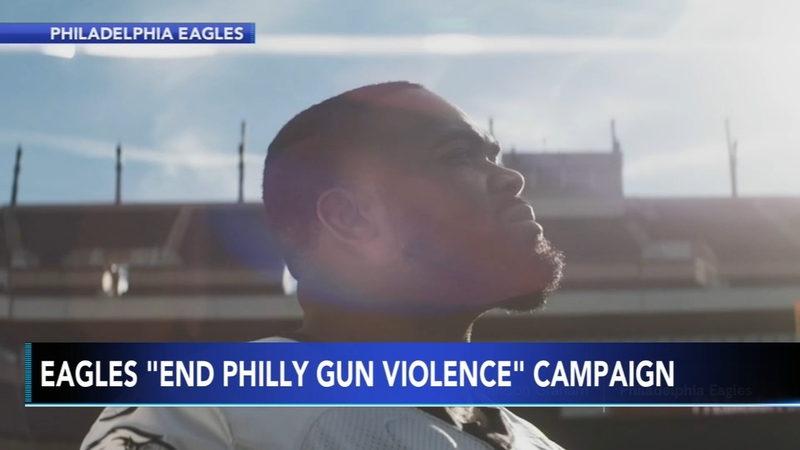 Eagles teaming up with community to combat gun violence

The organization released a public service announcement for its "End Philly Gun Violence" Campaign, which features a range of people, including leaders of local organizations, city officials and members of the community.

Several players, coaches and club executives are also involved in the effort.

The video was released as the Eagles Social Justice Fund of the Philadelphia Foundation awarded $316,600 in grants to 32 Philadelphia non-profits.

These organizations work to combat issues centered around gun violence such as poverty.

"Ever since I arrived in Philadelphia as a free agent in 2016, this has been my home," said Eagles safety Rodney McLeod. "It hurts to see so much heartache and suffering in our communities as a result of these senseless acts of violence. We are losing family members, friends, mentors, role models, and future leaders because of the gun violence in our streets. No one should ever have to live in fear of going to school, hanging out at the playground, or just walking out the front door. Yet, for so many in our communities, they do."

McLeod added, "It's been a privilege to work with city leaders and organizations during this process who are just as committed to ending gun violence as we are."

Eagles chairman and CEO Jeffrey Lurie said, "I am inspired by our players for the way they have leveraged the Eagles Social Justice Fund this year to address one of our city's most concerning issues - gun violence."

Lurie added, "I stand with them in their efforts and am grateful for those who have joined us in helping to create safer, more equitable communities for all Philadelphians to live in peacefully."