The Philadelphia Eagles are tied for first place in the NFC East after a wild finish to ESPN's Monday Night Football.

The Philadelphia Eagles are tied for first place in the NFC East after a wild finish to ESPN's Monday Night Football.

After combining to score 18 points in the first 58 1/2 minutes, the teams had 17 in the last 90 seconds. Dallas scored the game's first touchdown to lead 16-9 after recovering DeSean Jackson's fumble on a punt return, Washington tied it on Jackson's 28-yard TD catch, before Bailey hit the go-ahead kick.

Dez Bryant's sideline pouting aside, the Cowboys remained in the hunt in the woeful NFC East.

The Birds are in first thanks to the Cowboys' win, an Eagles victory over New England, and a Giants loss to the Jets.

Last-place Dallas is 4-8, one game behind the Redskins, Giants and Eagles, who are all 5-7. 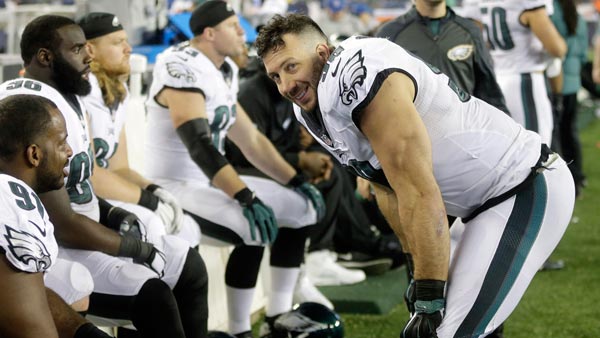 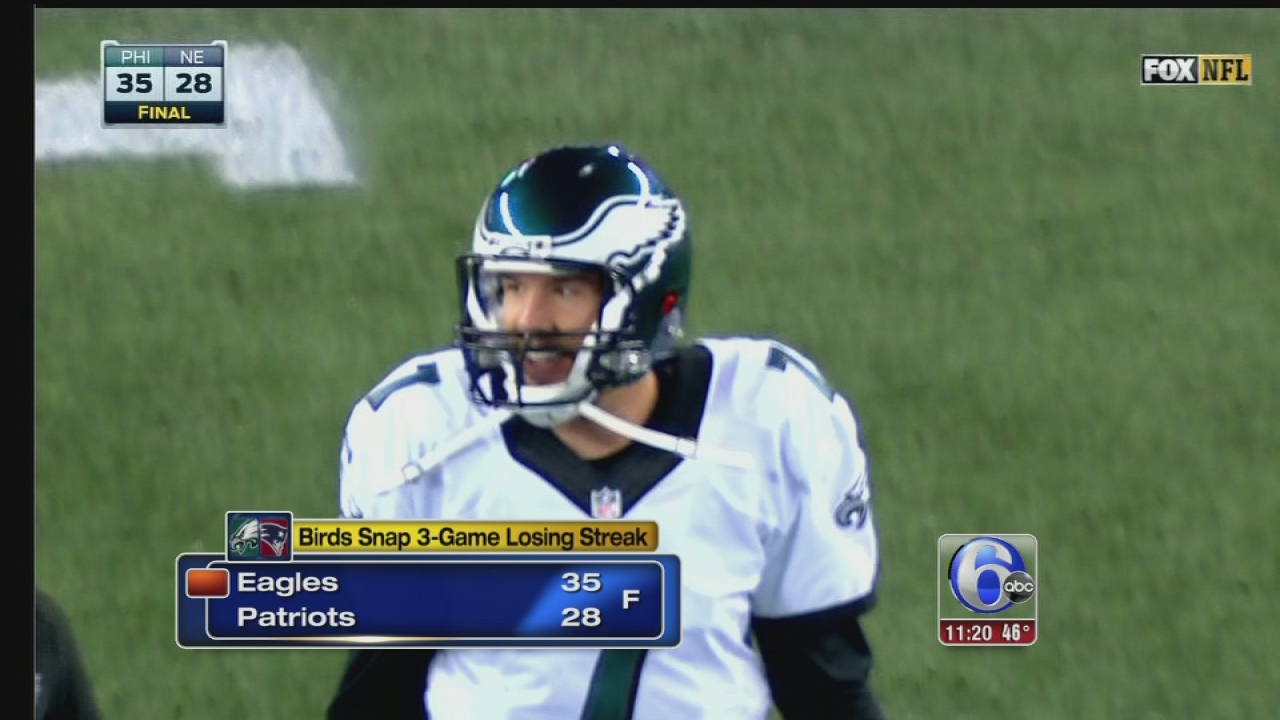