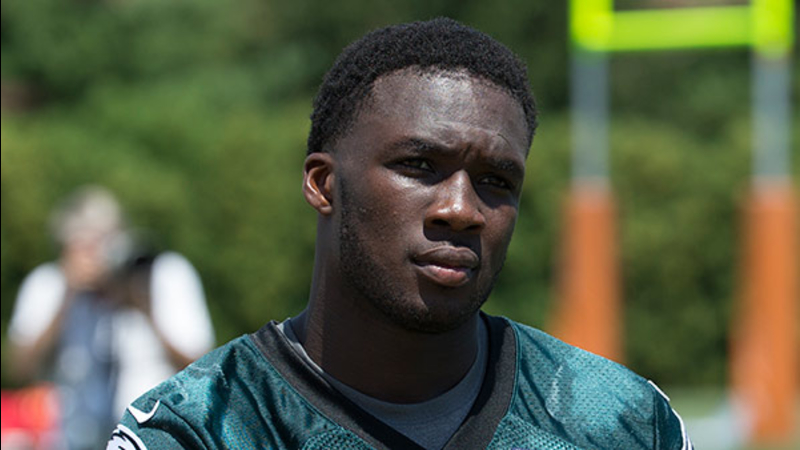 The incident allegedly happened at approximately 3 p.m. Thursday at Cheerleaders Gentleman's Club in South Philadelphia. The club is not far from the Eagle's Nova Care Complex where the team practiced Thursday.

Published reports indicate a 27-year-old exotic dancer at the club claims she was assaulted by Agholor.

"The allegations are the female dancer was sexually assaulted inside that establishment," said Philadelphia Police Lt. John Stanford.

Philadelphia police confirm they are investigating accusations of sexual assault against an Eagles player, but stopped short of naming Agholor.

"We are not confirming any particular player. Only thing we're confirming is it's an allegation made against a member of the Eagles organization," said Stanford.

But Eagles spokesman Derek Boyko went further saying in a statement, "We are aware of the police investigation involving Nelson Agholor. The organization has been in contact with Nelson and with the proper authorities in Philadelphia."

Agholor, a wide receiver, was drafted by the Eagles in 2015.

"It's very early, very early on," said Stanford. "Quite some way to go before you can get to the point of talking about charges or anything of that nature."

Lt. Stanford said no one from the Eagles organization has been interviewed yet, but that will happen as part of the investigation that's now in the hands of the Special Victim's Unit.

"The first step is being able to interview that victim, get that story and the accusations that are being made," said Stanford.

Police say the next steps will involve interviewing witnesses and they are looking for surveillance video to corroborate the allegations being made.