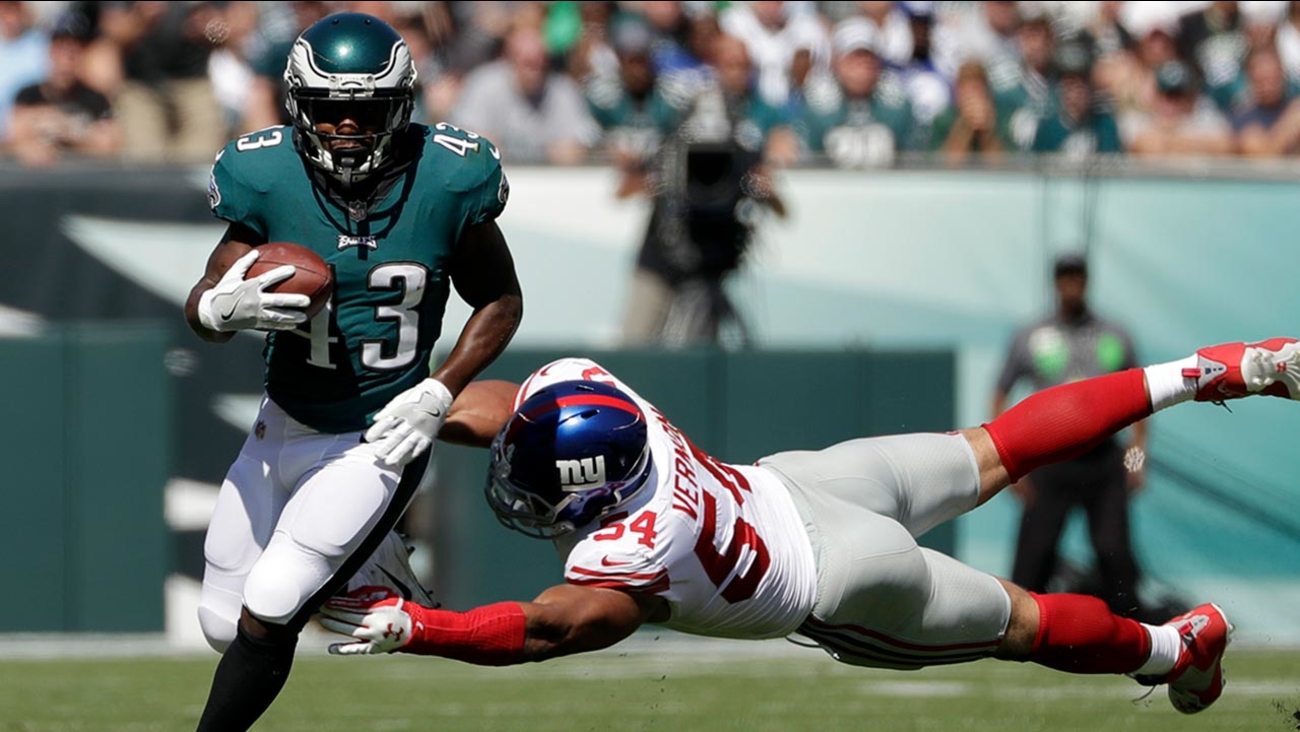 Philadelphia Eagles' Darren Sproles during the first half of an NFL football game, Sunday, Sept. 24, 2017, in Philadelphia. (AP Photo/Michael Perez)

PHILADELPHIA (WPVI) -- Running back Darren Sproles is coming back to the Philadelphia Eagles.

The team announced on Saturday evening that the team had agreed to terms with Sproles.

Sproles, 34, originally planned to retire after the 2017 season, explaining that his two daughters are "getting to the age that they want their daddy around more."

But he tore his ACL and broke his forearm against the New York Giants in September, and decided he didn't want to finish his career on injured reserve.

#Eagles Howie Roseman says EVERYONE at Eagles Headquarters was "Excited" from Jeffrey Lurie to Doug Pederson when they signed Darren Sproles:

"Darren is a special player, special guy, so it's hard to compare anyone we would have gotten in the draft anyway"@6abc #flyeaglesfly https://t.co/ASmmHu84tY

Sproles would be part of a running back rotation with Jay Ajayi and Corey Clement.

The team's leading rusher from 2017, LeGarrette Blount, signed with the Detroit Lions, in free agency.