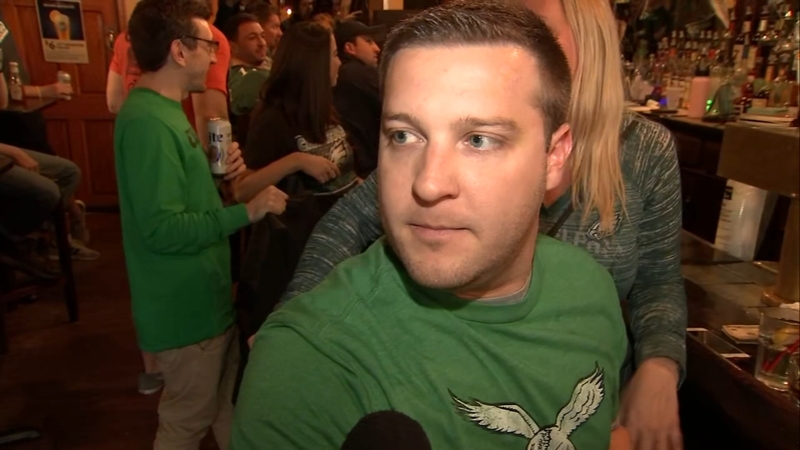 BUFFALO, New York (WPVI) -- Philadelphia Eagles fans were smiling from ear to ear Sunday after a must-win game against the Buffalo Bills.

It was a performance on the road fans said they've been waiting to see all season.

"We got a running game down, it looks really good. The receivers are finally getting hot again, so I think it's a step in the right direction," said John McLaughlin.

Still, there was some cautious optimism. Some fans are still weary after a few losses.

Hours after the game, fans were still enjoying the 31 to 13 went down on South Street.

"They just need to stay, keep the ship straight, keep the locker room clean and don't blame each other. Play as a team, that's the biggest thing," said Greg "Spoonie" Rand, owner of O'Neals Pub.

Many fans hopeful the team carries that momentum into next week as they take on the Chicago Bears.