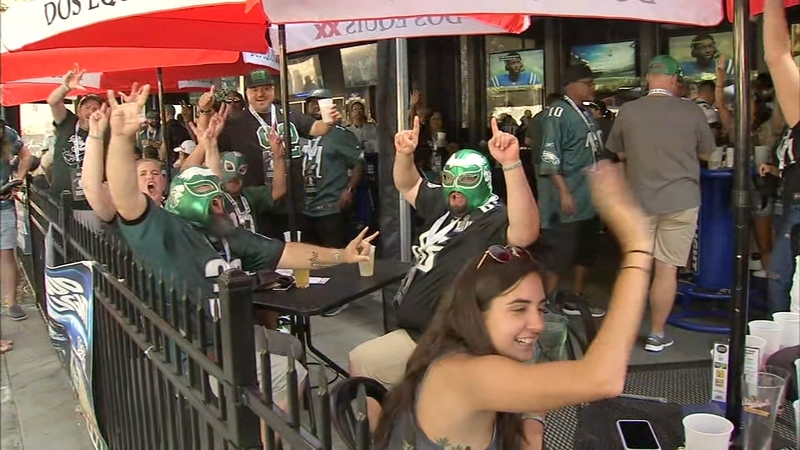 Hundreds of Eagles fans take over Atlanta bar ahead of game

ATLANTA, Georgia (WPVI) -- After coming down from 17 points to beat the Washington Redskins, the Philadelphia Eagles are in Atlanta to take on the Falcons in Week 2 of the NFL season.

Fans are hoping quarterback Carson Wentz and the offense can get the scoring started early on this time around.

Desean Jackson played the Falcons three times in the last two years with the Buccaneers. They held him to 10.8 yard a catch and no touchdowns.

"WE'VE GOT SOME GREEN FOR YOU"

This town has turned green ahead of Sunday night's game- an Eagles takeover thanks to the Green Legion.

The Action Cam was there as Falcons fans were in the minority.

Eagles fans ready to take on Falcons in Week 2. Annie McCormick has more on Action News at 6 p.m. on September 15, 2019.