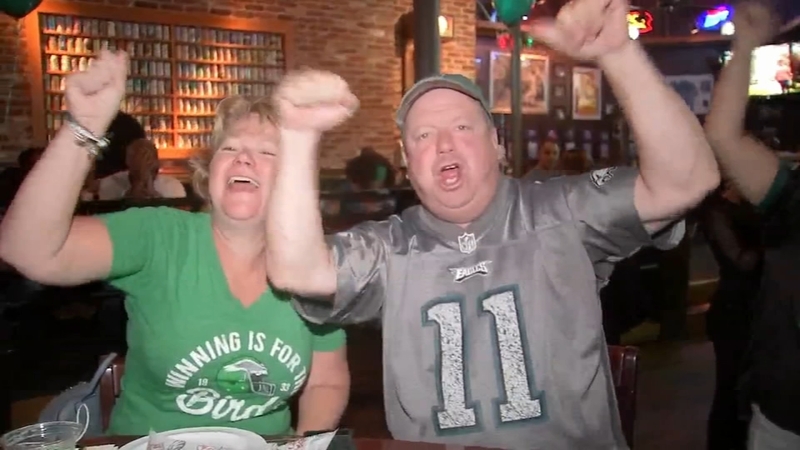 PHILADELPHIA (WPVI) -- Inside Chickie's and Pete's in South Philadelphia fans began the night with optimistic predictions.

"I think the Eagles are definitely going to win, my guess is ten points," said Jason Ryan of Hammonton.

But that optimism was tested going into halftime as a list of injured players appeared to grow.

"It's a very long list, it's a bad jawn but we're going to pull through. The Falcons ain't nobody," said Imad Bynum of South Philadelphia.

Sunday's evening game is the second regular-season game for the Birds coming off a win at home last week over the Redskins.

Fans are rejoicing that football season is back, and restaurants like Chickie's and Pete's in South Philadelphia are too