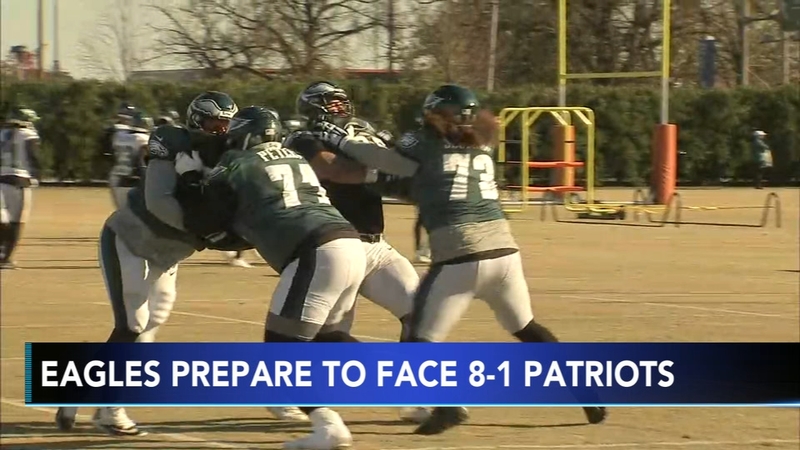 PHILADELPHIA (WPVI) -- When the season started the Philadelphia Eagles had Super Bowl expectations and now they get set to face the very team they beat to win their first Super Bowl nearly two years ago.

While the Eagles are tied for first place coming into Sunday's game against the Patriots, they have underachieved to start 2019 and have not looked like Super Bowl contenders, but with seven games remaining, anything is possible and the Eagles believe they can catch fire coming out of their bye week.

Carson Wentz says, "There's a lot of football left. There's a lot riding on these next couple weeks and the last seven games. I have confidence in this team to do something special and make a run."

A big sister did not waste any time making sure her family's newest addition learned an important song - really early.

Beating Tom Brady and New England at home will be a start. While this is the first time they have faced them since their Super Bowl win, the Eagles have not exclusively studied the Super Bowl game tape because both teams are different than the last time they went head to head.

Wentz did not play in that game and will face Brady and the Patriots for the first time in his career.

The Eagles QB, hoping to play in his first playoff game come January, is trying not to put all the pressure on his shoulders with their frustrating season still to be determined.

"He wants every game badly. We have a lot of football ahead of us obviously, seven games," Doug Pederson says about Wentz. "None bigger than obviously this one on Sunday. He's doing everything in his power to help this team win and he doesn't look down the road. He doesn't look in his rearview mirror, other than where he's come from physically and how he's put himself in a position to help this football team this year."