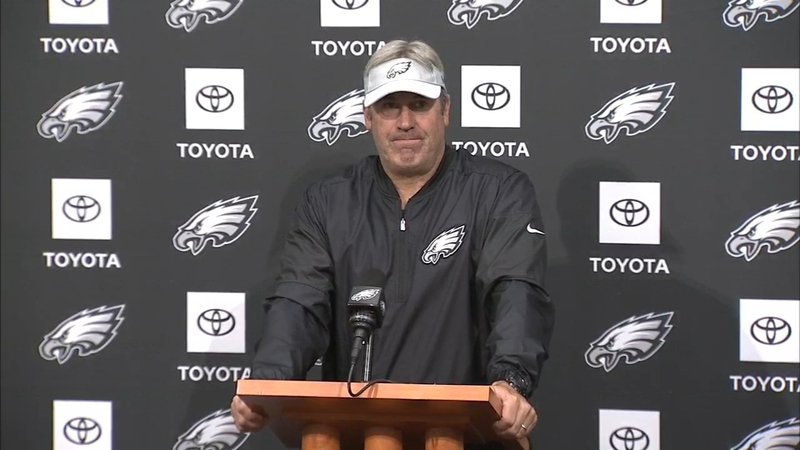 SOUTH PHILADELPHIA (WPVI) -- Eagles head coach Doug Pederson was visibly angry with the media during a news conference on Sunday over reports that the decision has been made to start Nick Foles at quarterback for the season opener this Thursday.

"First of all, I appreciate you putting words in my mouth this week, and therefore I'm not going to discuss it," Pederson began.

Pederson did confirm that quarterback Carson Wentz has not yet been cleared for contact, but would not confirm reports that Foles would be the starter for Thursday's season-opening game against the Atlanta Falcons. He added there is still time for that to change.

Pederson said he does not want to give the Falcons a competitive edge.

"'I'm trying to win a football game, and I don't want to put my game plan out there for teams to see it and read it and teams can scheme, and it doesn't make a lot of sense," Pederson said.

Pederson told reporters earlier in the week that he would likely know who was starting by Friday, but that the public confirmation could come as late as "90 minutes before kickoff."