Darius Slay was among the veterans with the day off, along with Zach Ertz, Jason Kelce and Lane Johnson
WPVI
By Jeff Skversky 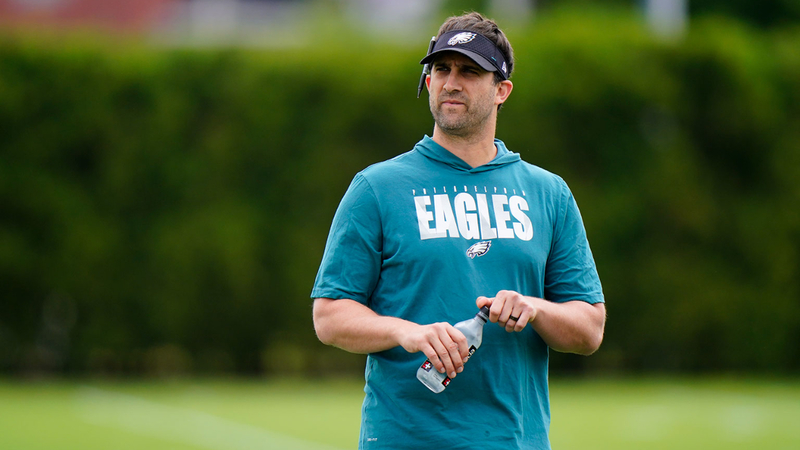 Eagles fans are going to love Sirianni's fire and passion!

PHILADELPHIA (WPVI) -- The Philadelphia Eagles coach was not happy with second-year receiver Jalen Reagor during practice. He pulled him aside, laid into him and gave him an earful.

Sirianni is not afraid to call a player out. On Tuesday, Reagor admitted he liked how the new Eagles coach holds him accountable.

It was a little tough love Wednesday for Reagor and all love for the veterans.

Darius Slay was among the veterans with the day off, along with Zach Ertz, Jason Kelce and Lane Johnson, after working in pads yesterday.

This was a very short practice again and surprisingly short compared to what we have seen in the past from Doug Pederson, Chip Kelly and Andy Reid.

"I would say we're in constant communication with the entire staff. I mean, not just the coaching staff, with the strength staff and with the medical," said Eagles defensive coordinator Jonathan Gannon. "Coach Sirianni really takes the lead with that and he's preached to those guys everything we do is to get one percent better every day and keep them healthy. So that plan is put in place, and not to say that it doesn't adjust day by day, week by week, but we feel good that we're getting the work that we need to improve our guys out and also keeping them healthy."

It's an interesting point considering the Eagles have been among the most injured teams in the NFL over the last two seasons.