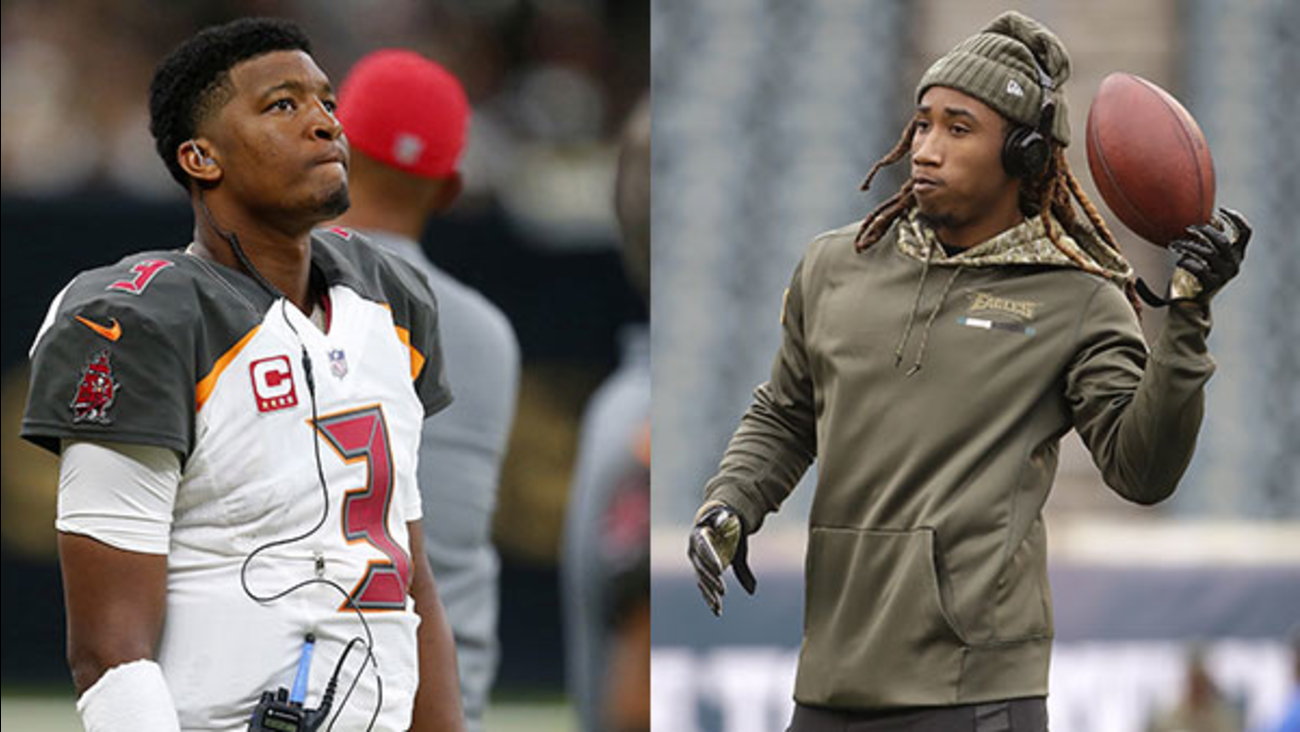 Philadelphia Eagles cornerback Ronald Darby said he was on the Uber ride with Tampa Bay Buccaneers quarterback Jameis Winston on March 13, 2016, and is vowing his college teammate did nothing inappropriate.

Darby released a statement Sunday, two days after the NFL confirmed it was investigating the female Uber driver's allegation that Winston groped her.

Lisa Friel, the NFL's Special Counsel for Investigations, found out about the Winston case last week, and shortly after launched the league's investigation.

It is considered standard practice for the NFL to make an inquiry to see if there is any information available, but the league already has sidestepped the rules, which it has been accused of doing in the past.

As of Sunday morning, the NFL still had not informed the NFL Players Association that there now is an investigation of one of its players, which it is required to do, a source told ESPN.

This raises more questions about the NFL's checkered history into looking into high-profile cases that involve high-profile stars. Many around the league are bracing for another long, drawn out, messy process with Winston, one of the league's most popular young players.

The league's investigation was first reported Friday by BuzzFeed News, which viewed a letter it said was sent from Friel to the Uber driver. Winston has denied the allegations, saying in a statement Friday that the "accusation is false."

The driver, who declined to give her name, told BuzzFeed News that she picked Winston up at around 2 a.m. on March 13, 2016, in Scottsdale, Arizona. Winston asked her to stop at a drive-thru restaurant during the ride, and while in line, the driver said Winston reached over and "grabbed" her crotch for three to five seconds, only removing his hand when she said something.

The driver told BuzzFeed News that Winston was the only passenger in the car and said that she reported the incident to Uber at the time.

Winston, in his statement Friday, said "the driver was confused as to the number of passengers in the car and who was sitting next to her."He was in Arizona for Kurt Warner's annual "Ultimate Football Experience" event during the weekend that the incident allegedly occurred.

Darby and Casher provided authorities with affidavits indicating they saw Winston having consensual sex with Kinsman, but then they later refused to testify at a student conduct code hearing regarding the allegations. Winston was never criminally charged by authorities in the incident, and he was cleared of violating FSU's student conduct code by a retired Florida state supreme court justice.