PHILADELPHIA -- The Philadelphia Eagles won't have time to dwell on another loss.

Carson Wentz and the rest of the struggling Eagles (2-3) have a short turnaround this week and get a chance to snap a two-game losing streak on Thursday night at the New York Giants (1-4).

"Getting back on the field is a good remedy," coach Doug Pederson said.

"We're playing like we're a young rookie team and we're not," Wentz said.

Cousins threw for 301 yards and one touchdown, and completed 30 of 37 passes to become the first player in NFL history with at least 30 completions in four consecutive games. His strong performance prevented the Vikings (2-2-1) from falling into last place in the NFC North.

"I thought he made some unbelievable throws," Vikings coach Mike Zimmer said. " ... He made big, big plays."

Nick Foles led the Eagles to a 38-7 rout over Case Keenum and Minnesota's top-ranked defense in the NFC title game nine months ago on his way to earning Super Bowl MVP honors against New England.

The Vikings made all the key plays this time around.

Joseph snatched Wentz's fumble out of the air and rumbled 64 yards for a touchdown to give the Vikings a 10-3 lead in the second quarter. Stephen Weatherly knocked the ball loose and Wentz couldn't recover to catch Joseph from behind after the strip-sack.

"I consider myself an athlete but I feel everyone got a chance to see that I am faster than what I look," the 330-pound Joseph said.

Cousins tossed a 3-yard touchdown pass to Adam Thielen to extend the lead to 17-3 at halftime.

Eric Kendricks forced Jay Ajayi to fumble at the Vikings 5 on the first drive of the third quarter.

"I do think it meant a lot to them as a defense," Cousins said. "They have a lot of pride in their work. They put on a great performance today."

Here's some things we learned from Minnesota's victory over Philadelphia:

Three illegal formation penalties on the receivers were just a part of the slew of mistakes the Eagles made. Mental blunders have cost the team throughout the first five weeks. Pederson tried to accept the blame but the players held themselves accountable.

"Everybody has to take a long look in the mirror," All-Pro center Jason Kelce said. "Last year we played smart football, we played as a unit, we were in sync and we won football games."

Thielen had seven catches for 116 yards and one TD. He has at least 100 yards in all five games. Stefon Diggs caught 10 passes for 91 yards. Cousins credited offensive coordinator John DeFilippo, who was Philadelphia's quarterbacks coach the past two seasons.

"I think Coach Flip is giving Stef and Adam the opportunity to make those plays," Cousins said. "The game plan is giving them a chance. I'm calling plays and going to the line of scrimmage with the belief that they are going to get the football."

Eagles defensive end Michael Bennett was called for a roughing penalty to negate his sack on Cousins. It appeared he hit Cousins on the upper thigh, held his legs and let go as the quarterback fell backward. Cousins threw a TD on the drive.

"He went low into the quarterback's knees with his shoulder, with force," referee Walt Coleman told a pool reporter.

Cousins was only sacked once, even though Philadelphia's defensive line entered the game with a strong advantage over Minnesota's offensive line, which lost left tackle Riley Reiff to a foot injury.

"I was proud of the offensive line for only allowing one sack today," Cousins said. "I thought that was very impressive to play the game that they played."

After hitting the upright on a 28-yard field goal and missing wide on a 45-yarder, Dan Bailey nailed a field goal from 52 yards out to extend Minnesota's lead to 23-14 late. He finished 3 of 5. 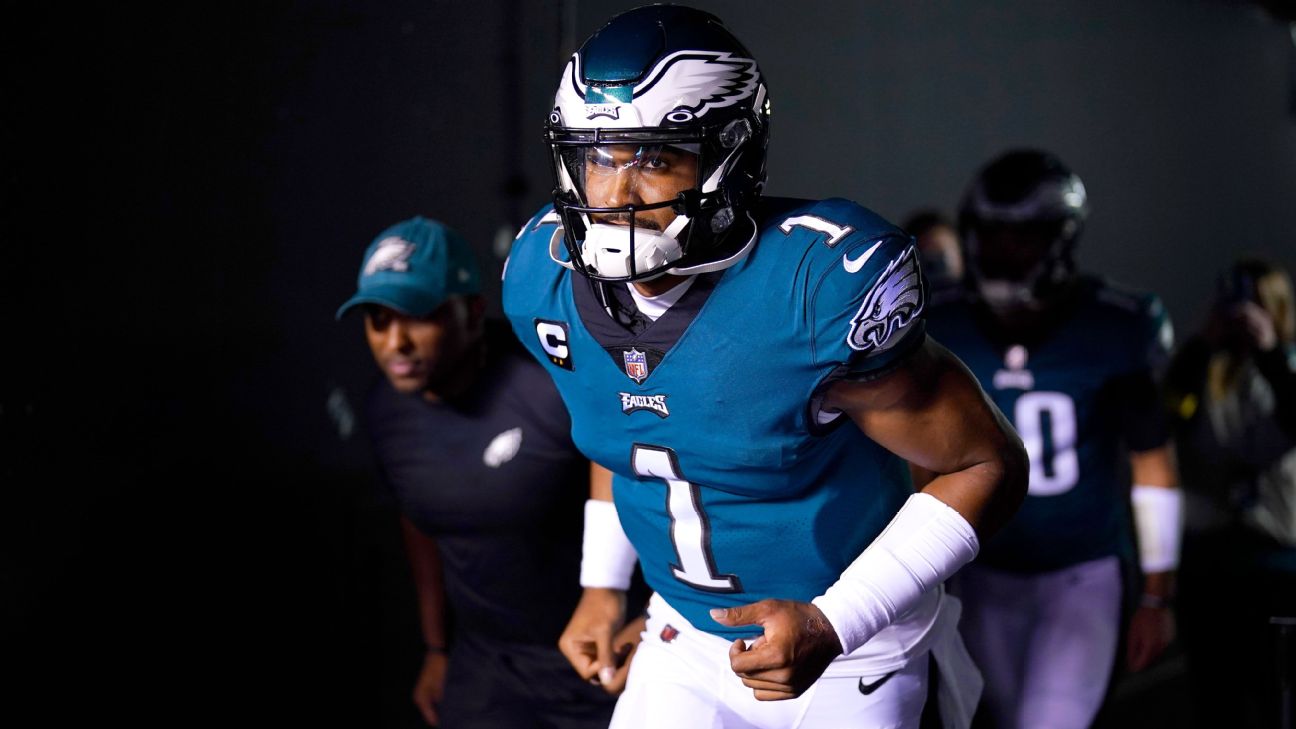 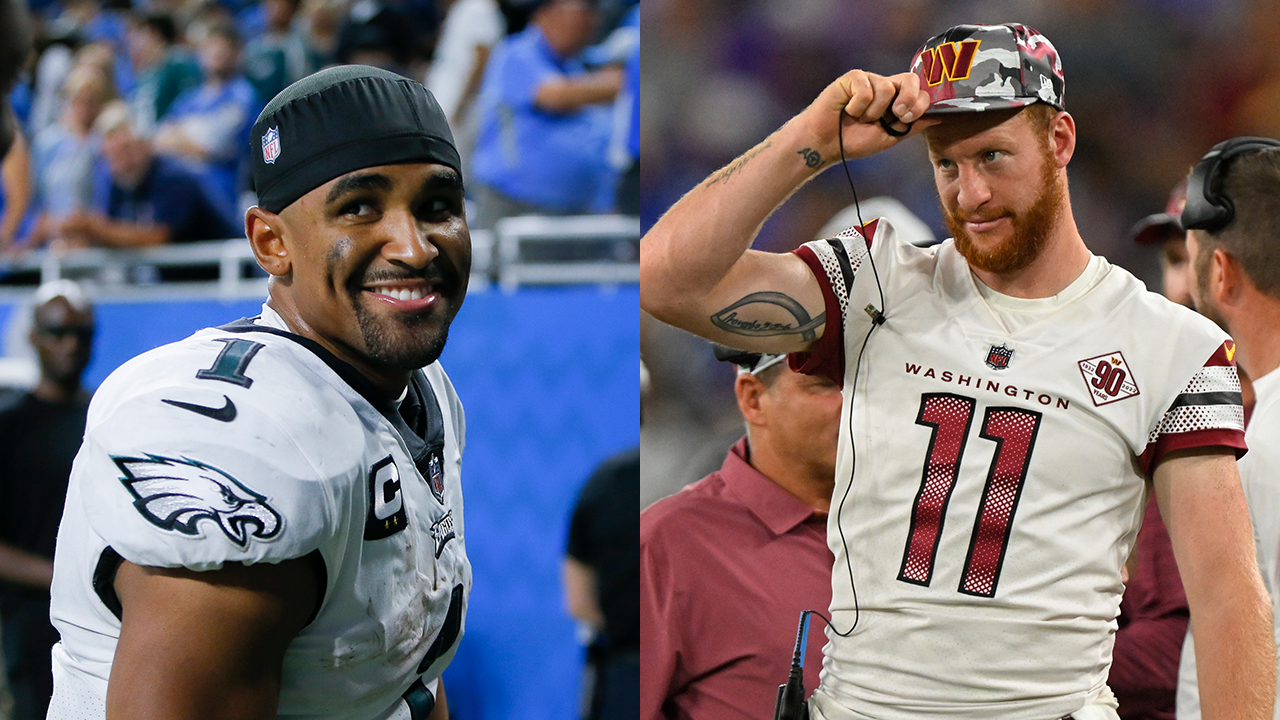 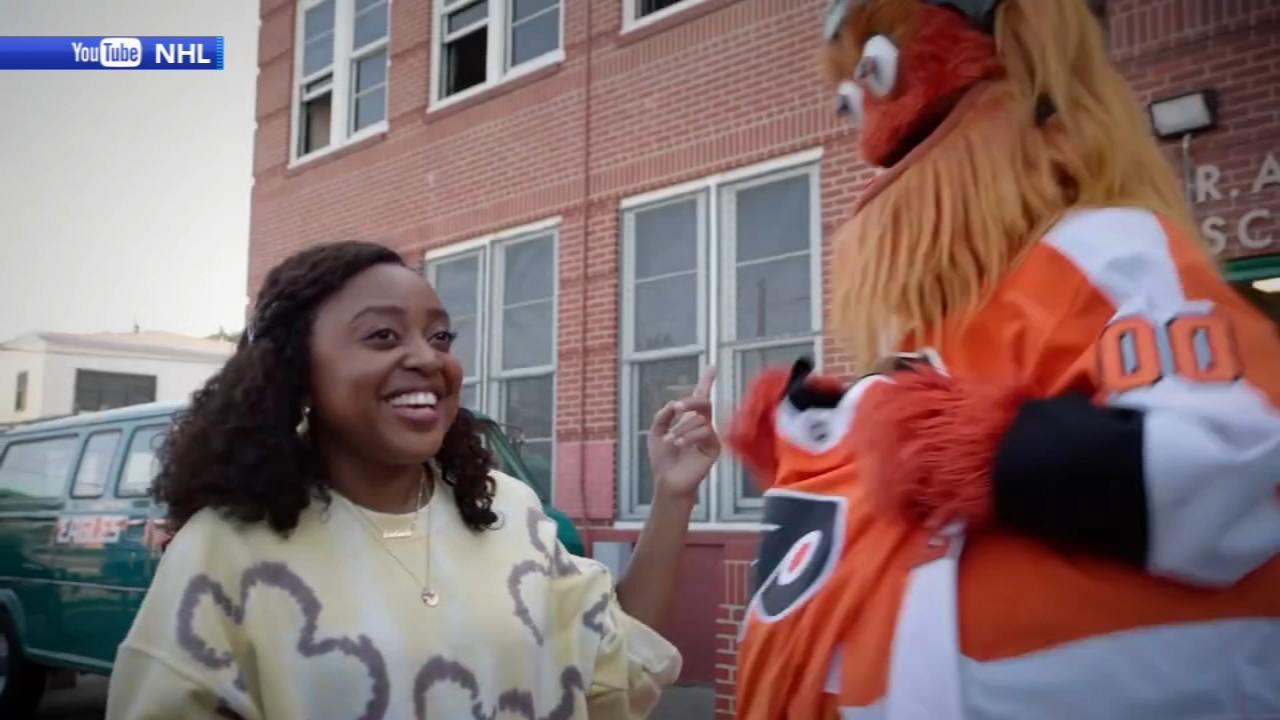