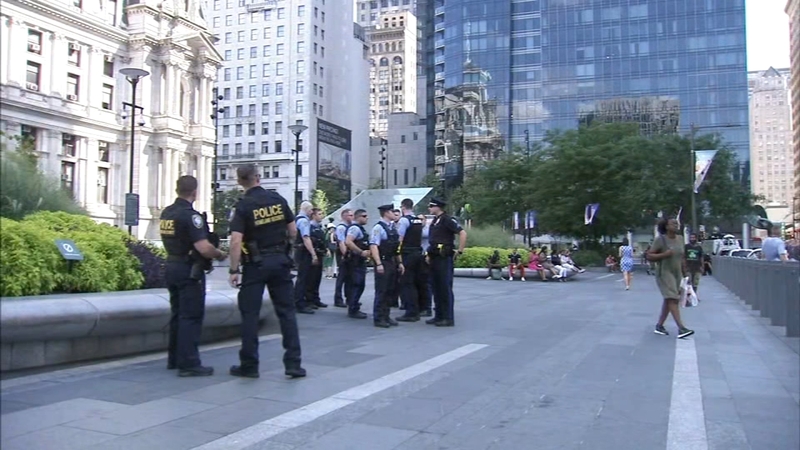 PHILADELPHIA (WPVI) -- SEPTA and Philadelphia police officers are looking for a male they say shot another male in Center City.

Many riders are left in shock after shots were fired in broad daylight before 3 p.m. on the eastbound platform of the Market Frankford el at 15th Street station.

Philadelphia police said a 19-year-old man was shot twice, one time in each thigh.

Witnesses said they were told to get on the ground while inside the train as it pulled up to the platform.

Police said there was an altercation on the platform before the two shots were fired.

"At first I thought it was firecrackers, but then they started yelling get down, get down, so I put my kids on the ground," said Jordan Oliver, from Fairmount, who said she was inside the train where the shots were fired.

The man was transported by medics to Jefferson University Hospital where he was listed in stable condition.

"I heard shots and saw a big crowd of people going down to the subway, so I just started running with them," said Amir Bennett.