Hydrocarbon vapors identified as cause of Philly refinery fire 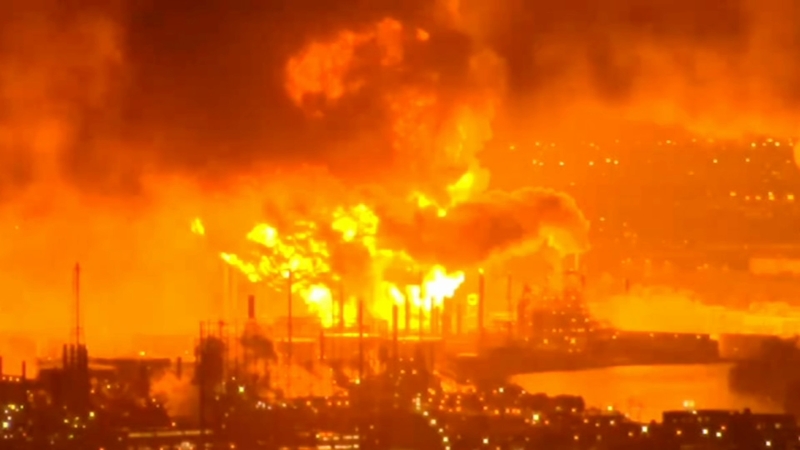 A team with the US Chemical Safety Board has been investigating the incident at Philadelphia Energy Solutions.

However, they say no dangerous hydrofluoric acid escaped.

On Wednesday, the refinery announced that it will permanently close.

The 150-year-old oil refining complex processes 335,000 barrels of crude oil daily, according to PES. The refinery turns the crude into gasoline, jet fuel, propane, home heating oil, and other products.

It started as a bulk petroleum storage facility in 1866 and began refinery operations in 1870.

Last week's fire at the complex broke out early in the morning, and video showed the enormous orange blast bursting into the sky.

It set off three explosions, felt miles away, as the fire plowed through a tangle of pipes carrying fuel across the complex, the company has said. It happened at the Girard Point refinery, one of two at the PES complex in south Philadelphia.

The fire erupted in a tank containing a mix of butane and propane, a fire official said.