Advisory group gets earful on future of Philadelphia refinery after blast 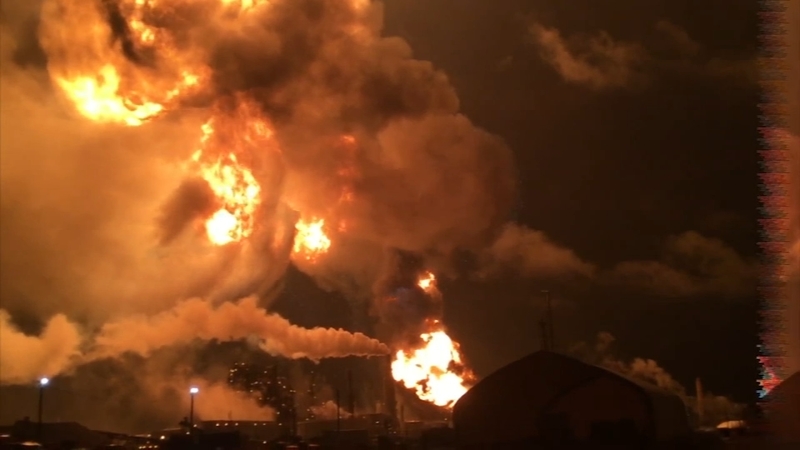 Advisory group gets earful on future of Philadelphia refinery

PHILADELPHIA (WPVI) -- With Philadelphia Energy Solutions filing for bankruptcy and preparing to sell the facility, the mayor's advisory group is asking residents and others what they think should happen to the site.

In the first of a series of meetings, it was painfully obvious that most of those attending want the refinery shut down for good despite the huge economic impact to the region.

A group of protesters from the environmental group Philly Thrive chanted outside the Preparatory Charter School in the shadow of the PES refinery in Point Breeze.

"And it's really important for us to understand how much healthier we're going to be without this gas refinery," said Virginia Harris.

The explosion turned the early morning sky bright orange and yellow back on June 21. Over a month later, the refinery would file for bankruptcy.

The question now is what happens to the massive 1,300-acre site where the refinery has employed thousands for 150 years.

Some want the city to take over the land by eminent domain.

"When they wanted to build a parkway, they got rid of people's houses and they built a parkway," said a school teacher who identified himself only as 'Roman.'

And Matt Walker of the nonprofit Clean Air Council said, "We must work together to ensure proper remediation of the site and encourage opportunities for future uses at the site that protect the environment and public health."

But Martin Willis, who worked at the refinery for 25 years, pleaded that it be kept open.

"With the closing of this refinery, it will have a drastic effect on the economic viability of people like me," Willis said.

There are four more meetings scheduled where the group will also be hearing from organized labor, business consultants as well as academics.